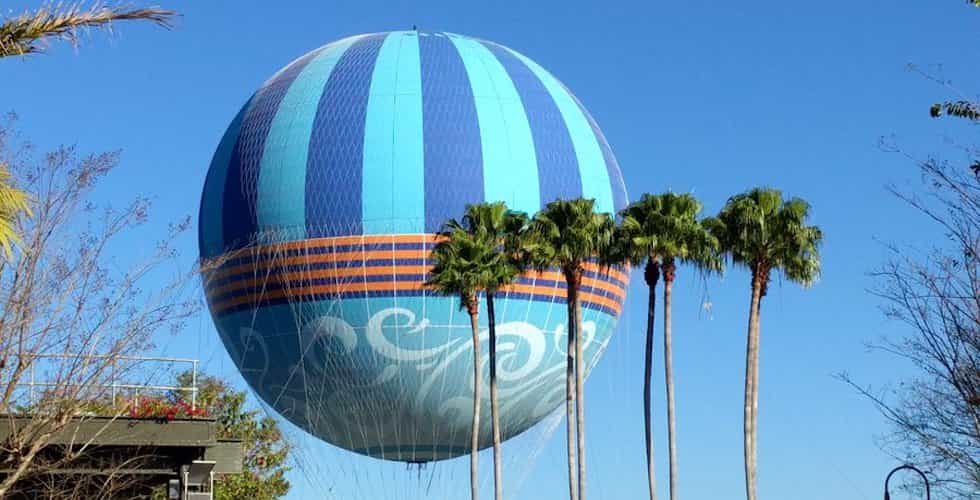 The “Characters In Flight” balloon now has a new name to complete its new look.

The “Characters In Flight” balloon at Disney Springs has been renamed to reflect the new look that was unveiled this past January.

The original helium balloon ride opened at the previously-named Downtown Disney on April 21, 2009. Operated by Aérophile, the balloon could take guests 400 feet up in the air for around five minutes, giving a 360-degree view of Disney property.

The balloon, still operated by Aérophile, is now named “Aérophile: The World Leader in Balloon Flight.” The new version of this Disney staple was custom-built by the Paris-based Aérophile S.A., and is filled with 210,000 cubit feet of helium. With a diameter of 19 feet, the basket can hold up to 29 people and one Aérophile-certified pilot during each flight.

The Aérophile is located on the West Side of Disney Springs, and takes flights daily, weather permitting. For more information, visit disneysprings.com.

Check out the video from when the balloon attraction first opened below:

PARKsaver: Florida Residents buy one, get one...