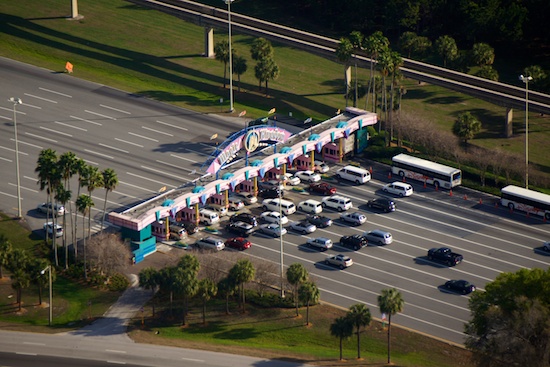 Walt Disney World is making a number of small but important changes to the way they transport guests around their property. Some changes have been recently completed and some will take a few years to implement. It’s all in the name of growth, efficiency, guest satisfaction and safety.

Samuel Lau is the vice president of Walt Disney World Transportation. He’s been with Disney for a couple of years, but he’s been in the transportation business for more than 20, most recently for the city of San Francisco and San Jose, Calif. He also has a planning and engineering background, which comes in handy when planning all the different transportation options at Disney World.

“Here (Disney World) it’s about guest experience, people going on vacation,” said Sam, “It’s a very different atmosphere and mindset … expectation is high.” Sam added that on average, up to half of all the guests on Disney property use their transportation system. “Even some of the folks who drive here will leave their car and take the monorail, buses and boats,” added Sam.

Disney’s bus system transports the most guests each day, with the monorail and boats competing for second and third. No immediate changes are planned for the boat system, so let’s take a look at the buses, monorails and roadways. 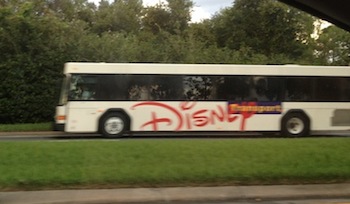 Walt Disney World’s bus system is larger than the city of Orlando’s Lynx system. Disney has 319 buses in their fleet (Lynx has about 280). Each night Disney World buses transport the equivalent of stadiums full of people out of the parks and back to their hotels. If you’ve ever driven down Buena Vista Drive at night, you were most likely surrounded by Disney buses.

With New Fantasyland opening soon and the newly opened Art of Animation Resort, Disney is planning for growth. They recently added 28 new buses to their fleet, and this past spring they tested a 60-foot bus with two sections called an articulated bus, which of course helps them transport even more guests at a time. Sam said those tests went well and they are planning on purchasing a few articulated buses to try out.

But the larger buses of course have larger space needs. Which brings us to another change that is coming. Sam said they’re planning on adding a third bus loop at the Magic Kingdom. The two current bus loops aren’t meeting the demand and growth Disney is expecting. Sam said the third loop will take about a year to build and will better accommodate the larger articulated buses.

Disney is also planning on installing cameras on their bus fleet. But Sam said this is more of a road safety issue than guest security. “We want to know what happened if a bus gets into an accident or there’s some incident that happens,” said Sam. “The cameras allow us to see exactly what is going on around the bus.” The cameras will be looking at the outside of the bus and show what the driver sees, rather than being pointed at the guests on the inside of the bus. “The only camera that we have inside the bus is facing the driver compartment and the front door.”

Sam said they’ve looked into electric and hybrid buses but haven’t found any that are applicable for them right now. “Those types of buses work better in an urban environment with stop and go traffic,” said Sam. “But most buses are clean diesel with the exhaust in the roof and they dissipate the exhaust so it’s a lot cleaner.” 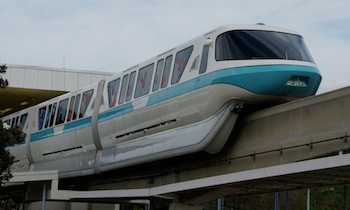 To help with guest efficiency, as well as safety, Disney is planning on implementing a new monorail train control system which will monitor and control the monorails. “The system will allow us to monitor and control train movements in real time,” said Sam. But don’t worry, this doesn’t mean there will no longer be monorail drivers. “The role might change,” said Sam. “Instead of actively driving the trains, they still have to enable movement and make spiels to guests. In no way is the pilot position going away.”

Because the new system will be computer controlled, it will reduce the wait times for guests. “The system will know that a train is late or needs to speed up, versus how it’s done now with humans,” added Sam. “From a safety perspective it will allow us to protect work zones. It will also reduce system down time. Right now when a train switches from one beam to another, we stop all train movement on the beam, but in the future the system would keep running and open up a gap to allow one train to switch from one side to another and do that more efficiently. Right now everything just stops and the guests see that and feel that.

“This is bringing us to state-of-the-art. Most train systems in the world are using these types of control systems,” added Sam. “It will give us a lot more data and information about how we’re operating and how we can operate more efficiently.”

But even when this new system is in place in about two and a half years, guests probably won’t be allowed to ride in the cabin with the monorail pilots like they used to. “The driver is focused on what he or she needs to do in terms of safe operation, so we won’t be bringing that back,” said Sam.
(EDITOR’S NOTE: Disney later followed-up to clarify that there are no plans to allow guests in the cabins at this time.)

A recent change to the monorail service is the reduction of hours during Extra Magic Hours nights at the Magic Kingdom. This was done to allow more time for maintenance of the monorail trains and beam. To make up for the earlier stopping times, they’ve added more busses late at night. They’ve also reduced the number of monorail trains running mid-day because of less guest use. This allows more time for maintenance, which helps keep downtime to a minimum. 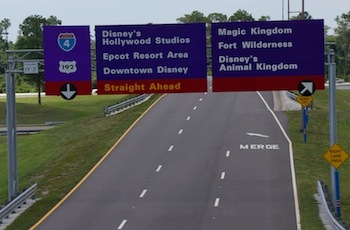 In addition to the monorail and bus changes, Disney has also made some changes to their roadways. A new turn lane was extended at the Magic Kingdom to allow more busses to stack, which prevents a bottleneck with other vehicles and allows the buses to get to the park quicker. A new lane was also added to Buena Vista Drive near Disney’s Hollywood Studios. (Sam squashed rumors of Hollywood Studios’ Buena Vista Road entrance closing.) Another new turn lane is planned for Osceola Parkway and Serbeth Road near Disney’s Animal Kingdom.

Sam summed up the changes: “All these different strategies help us continue to make sure the guest experience is the best it could be.”