It’s a brand-new year at Disneyland Paris, and with a new year comes new merchandise! Check out our top 10 list of collectible merchandise that you’ll want to get your hands on this year: 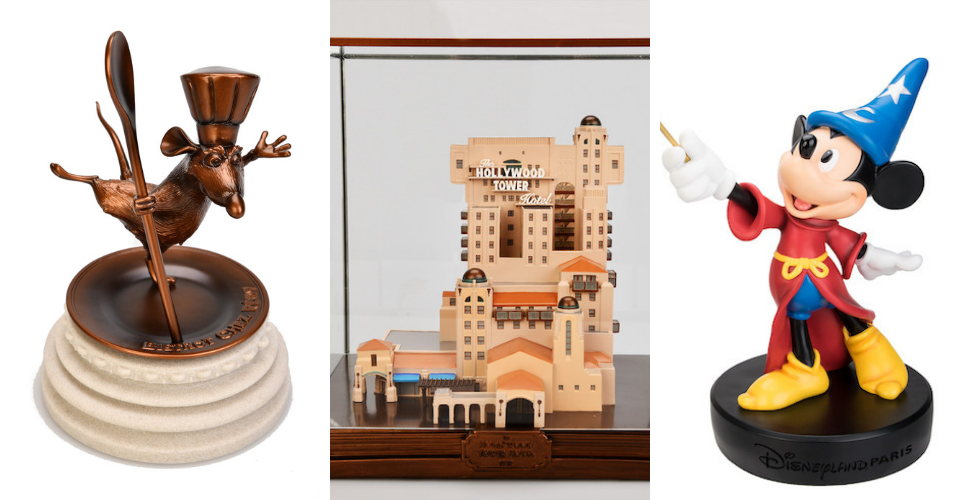 There’s a Disneyland Paris collectible for everyone on this list! 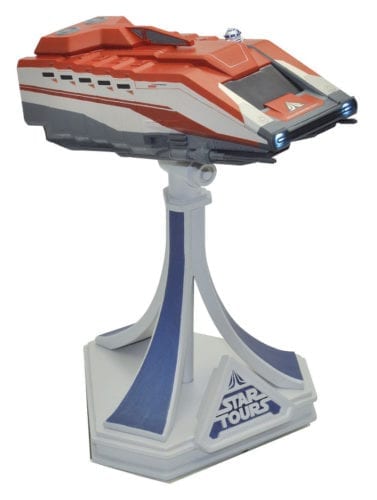 Released on Dec. 28, 2018, this figure is a must-have for fans of the attraction. Made from the original plans for the Starspeeder 1000, this 30 cm-tall figure has light-up capabilities and stands out from its base – which is inspired by the entrance to Star Tours: The Adventures Continue.

This is the start of a new collection of books dedicated to the iconic attractions of Disneyland Paris. “Pirates of the Caribbean – A Treasure of an Attraction” will hit shelves by this February. Clocking in at 96 pages and written in both French and English, this book details the history and specifics of the French version of the attraction through many archival documents, testimonials, photos, and more. 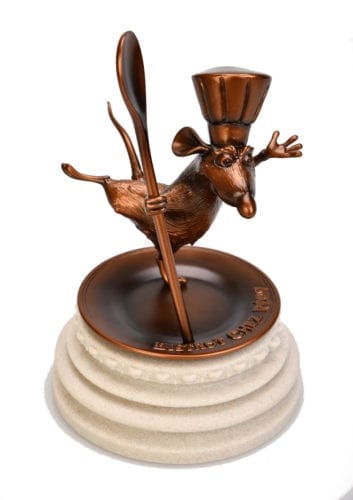 This resin statue with copper patina stands at nearly 10 inches tall, and is a faithful recreation of the lovable little chef from Disney/Pixar’s “Ratatouille.” This figure was crafted using the 3D files from Walt Disney Imagineering, used in the construction of Place de Rémy. You can find this little chef on park shelves starting this April. 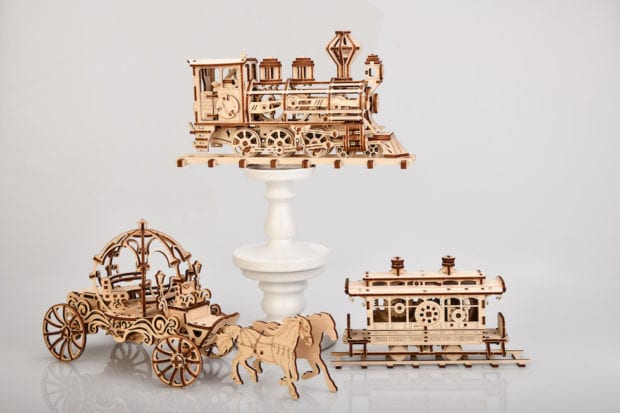 For fans of models and Disney vehicles, combine these two passions with small wooden models of Disney’s transports – and all can be assembled without glue. The first wave of figures will arrive in Feburary, and feature a Disneyland Railroad locomotive, a Main Street, U.S.A. Tram, and Cinderella’s Coach. 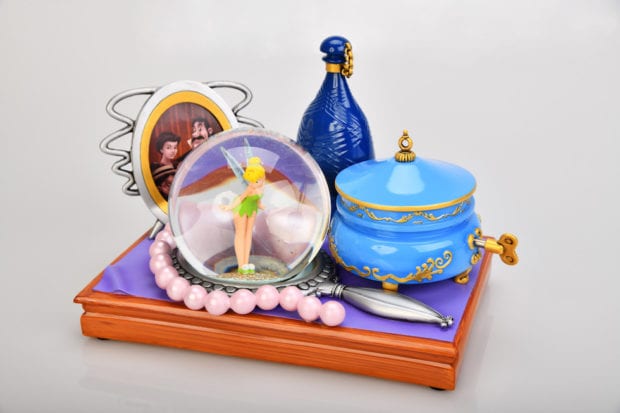 This new Tinker Bell snow globe is inspired by an iconic scene in “Peter Pan,” where the fairy lands on the mirror in Wendy’s bedroom. This Disneyland Paris-exclusive is just over 10 inches high and will be released this February. 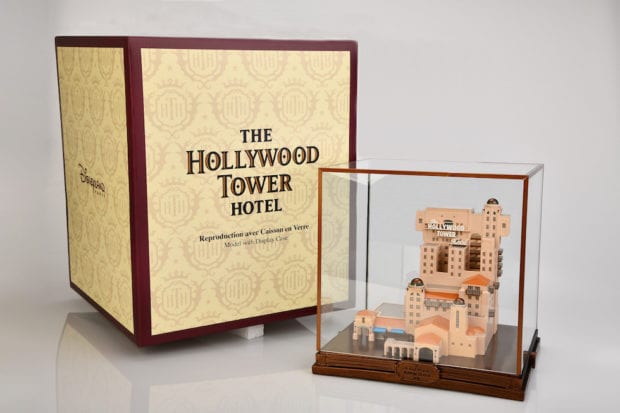 Fans of the Twilight Zone Tower of Terror won’t want to miss this new item set to release in April! Sold in a glass case marked HTH, this sculpture marks a new collaboration with the Sculptures Department of Walt Disney Imagineering. This version of the Hollywood Tower Hotel is intact, representing the hotel as it was before that fateful night that guests know well.

The idea is that this could have been a high-end souvenir that would’ve been sold in the shop of the hotel when it was still open. 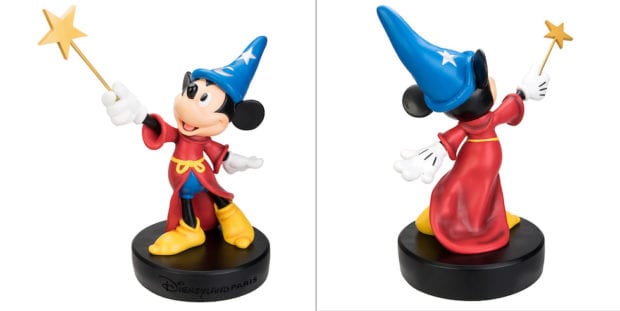 This statue stands tall at almost 20 inches high, and is a perfect reproduction of the Sorcerer’s Apprentice Mickey Mouse that stands at the entrance to Toon Studio at Walt Disney Studios Park. Like other items on this list, it was made from the original files to achieve authenticity. Guests can find it in shops starting sometime this spring. 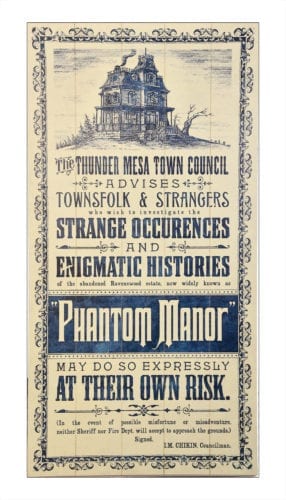 Expected to go on sale when the attraction reopens, this 27-inch poster of Phantom Manor, printed on a wooden plate, will add a mysterious western touch to your home décor. 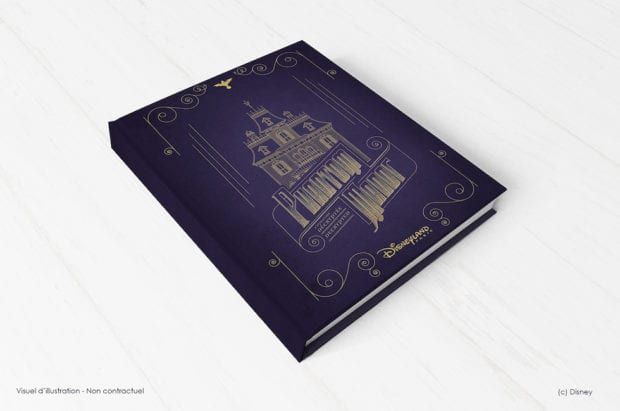 Following the release of “Pirates of the Caribbean – A Treasure of an Attraction,” a new book in the same collection (with the same writing and directing team) will release with the reopening of Phantom Manor. This time, the book will focus on the secrets of the infamous haunted mansion in Thunder Mesa. 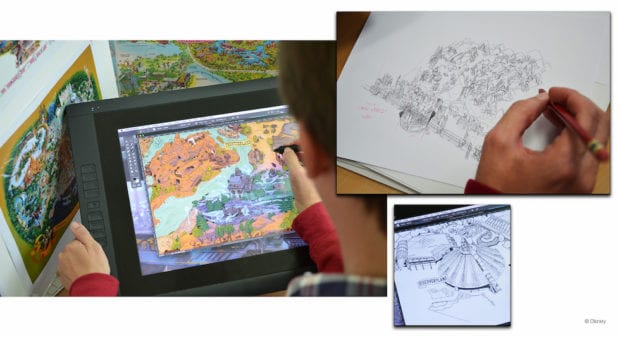 This tradition of more than 60 years returns with the first new “fun map” for Disneyland Paris since 1995! Guests can find this new poster, detailing the map of Disneyland Park, in a deluxe format of 3 feet wide. The map will be sold in shops and through Art on Demand.

To learn more about this year’s offerings at Disneyland Paris, visit DisneylandParis.com/en-us.

Which of these items on our list is your favorite? Let us know in the comments below!

It’s only available at Disneyland Paris.

Well. that was a bust. The site doesn’t seem to actually offer ANY items. Umm…. try again? Otherwise… thanks for the tease.