2019 is going to be a jam-packed year for Disneyland Paris, with something for everyone in the family to enjoy. 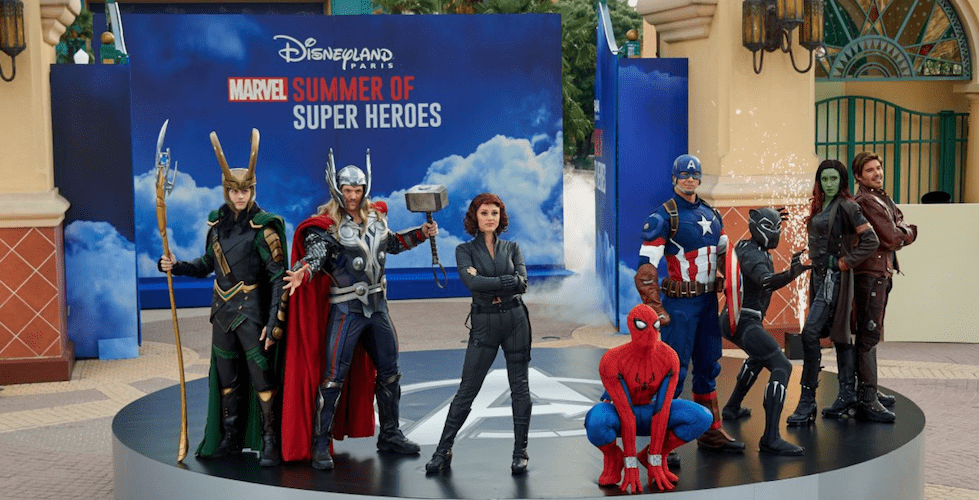 Marvel Super Heroes Season is just one of the exciting seasonal experiences coming to Disneyland Paris in 2019.

The new year will be marked with four main seasons from January – September 2019, with two seasons kicking off simultaneously to begin the new year.

Legends of the Force: A Celebration of Star Wars

From Jan. 12 – March 17, 2019, guests can experience the adventure and excitement of Star Wars in both Disneyland Paris parks. New for this year, guests will be able to encounter Chewbacca.

With Legends of the Force, guests can dive into the world of Star Wars and encounter both the Dark and Light sides of the Force. Walt Disney Studios Park will offer a nighttime spectacular, Star Wars: A Galactic Celebration, featuring projections, special effects, and characters from the Star Wars saga. The event will also feature the First Order March with Stormtroopers led by Captain Phasma.

Star Wars: A Galactic Celebration featuring The Last Jedi - Season of the Force at Disneyland Paris

Over at Disneyland Park, guests can immerse themselves in the heart of an epic space battle with Star Wars Hyperspace Mountain and Star Tours: The Adventures Continue.

Disney Pirate or Princess: Make Your Choice! at Disneyland Paris

The princesses and pirates have returned to go head-to-head, and guests young and old are invited to come and choose their side.

The Marvel Super Heroes are back at Walt Disney Studios Park from March 3 – June 12, 2019, and are celebrating the arrival of two new Super Heroes to help save the galaxy – and Groot is one of them!

Epic stories of the Marvel Universe will come to life with exciting shows and experiences featuring Iron Man, Spider-Man, Captain America and more.

The Festival of the Lion King

An entirely new season is coming from July – September 2019, all in celebration of “The Lion King.” The Festival of the Lion King will invite guests to join in on a colorful and fun journey, and Simba, Timon, Pumbaa, and even Baloo and all their friends will be waiting for you!

Sports, concerts, and fun throughout the year

Outside of the seasonal events, guest can enjoy a variety of special events throughout 2019. In addition to the Disneyland Paris Run Weekend, Electroland and Disney Loves Jazz, Disneyland Paris will celebrate inclusion and diversity with an all-new event: Magical Pride.

To learn more about all the seasonal offerings in store at Disneyland Paris, visit DisneylandParis.co.uk.

Ripley’s Believe It or Not offering admission...