Marvel Summer of Super Heroes is underway at Disneyland Paris

The Marvel universe is coming to life at Walt Disney Studios Park in Paris this summer, and guests will be able to come face-to-face with Captain America, Black Widow, Star-Lord, Spider-Man and more during Marvel Summer of Super Heroes at Disneyland Paris. 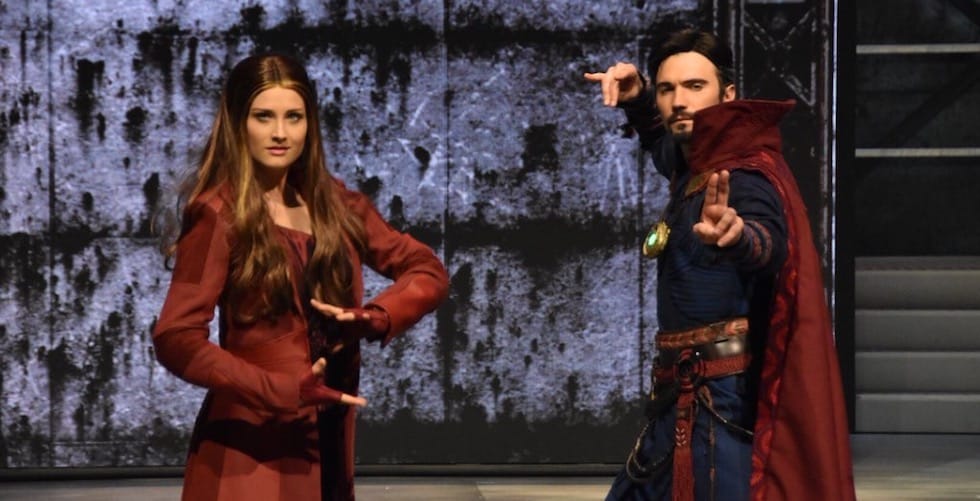 Now through Sept. 30, guests have the chance to have a dance-off with the Guardians of the Galaxy, watch the ruthless Loki try to seize power, meet Captain America and be awed by a show that features Thor, Doctor Strange, Black Panther, Black Widow, Scarlet Witch and many more!

Marvel: Super Heroes United is an immense show at the Studio Theatre. The show features live-action on-stage antics and cutting-edge special effects that bring the Incredible Hulk and Thanos to life right on stage – a first for Disneyland Paris.

In the show, Thanos has found a way of manipulating the Avengers and their allies in order to destroy them. Will the heroes manage to escape his clutches? Marvel: Super Heroes United brings iconic figures from the Marvel universe to the stage with a focus on three themes: origins, duality and unity. This 20-minute show will be performed several times a day.

Tony Stark invites guests to the open-air Production Courtyard to present the latest version of his revolutionary invention – an ‘Arc Reactor’ that generates green energy. But it’s exactly the kind of event that Loki loves to interrupt. Thor’s half-brother will try to use it as an opportunity for a power grab. Let’s hope that Black Widow, Spider-Man and the god of thunder himself are nearby to foil his plans.

This show is performed several times a day at the foot of The Hollywood Tower Hotel.

Guardians of the Galaxy Awesome Dance-Off

Do you have the dance skills to help the Guardians avoid the clutches of evil? Team up with Star Lord and Gamora and strut your stuff to classic ’70s and ’80s tunes blasted out of Peter Quill’s boom box. Watch out – they’ll soon find themselves in danger and will have a mission for you. They’re counting on you to help them, and they promise to get you moving.

Guardians of the Galaxy Awesome Dance-Off takes place several times a day in the Production Courtyard.

The Marvel Summer of Super Heroes is also giving guests the chance for a heroic handshake with the very first Avenger: Captain America. Steve Rogers himself will be at Walt Disney Studios Park to share an experience with you. It’s the perfect opportunity to show your friends and social media followers that you’ve met the leader of the Avengers.

The Marvel Summer of Super Heroes will also offer a range of Marvel products exclusive to Disneyland Paris! A unique range of souvenir and lifestyle merchandise – including Marvel hero headbands – have been developed for the special occasion.

This event, the first of its kind in Europe, promises to be a spectacular conclusion to Disneyland Paris’s 25th Anniversary celebrations.

Photo and videos by MouseSteps.com.

So long, Sorcerers – The Attractions Podcast