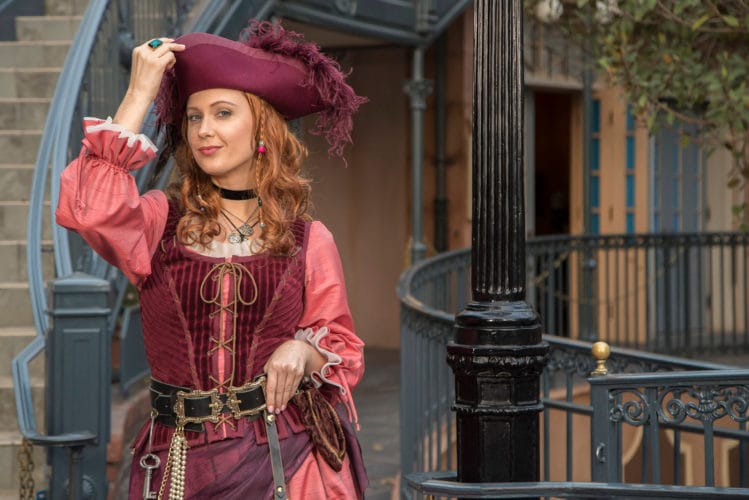 Redd has sailed into Disneyland’s Pirates of the Caribbean as the refurbished ride’s newest star.

The original Pirates of the Caribbean ride at Disneyland has just reopened with new scenes, and we have video of the newly unveiled upgrades.

Pirates of the Caribbean at Disneyland Park in Anaheim returned from refurbishment on June 8, 2018, with two new scenes. Most significantly, the infamous “Bride Auction” scene has been reimagined, with the coquettish redhead character — now known as Redd — redesigned as a rum-pillaging pirate. The new auction scene is similar to changes made at Walt Disney World and Disneyland Paris in the past year.

In addition, the mist screen projection of Davy Jones, which was added to the ride over a decade ago, has now been removed entirely. (The voice of Davy Jones and Blackbeard can still be heard during the final lift hill). In place of the waterfall effect, long-silenced original audio tracks featuring the voice of Paul Frees have been restored, and new figures of an octopus and pirate have been added on the left side of the boat’s path. The new pirate, who is holding a treasure chest, appears to transform from a skeleton into a living person as riders drift past, using a mirror illusion much like the butterfly cage in Epcot’s Imagination pavilion. 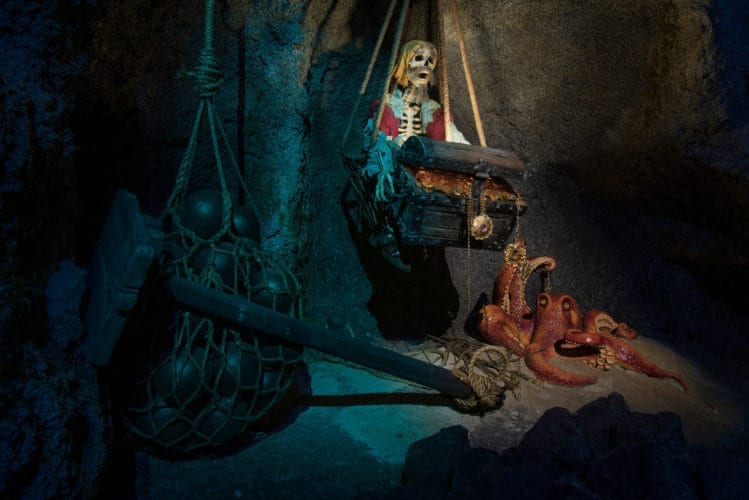 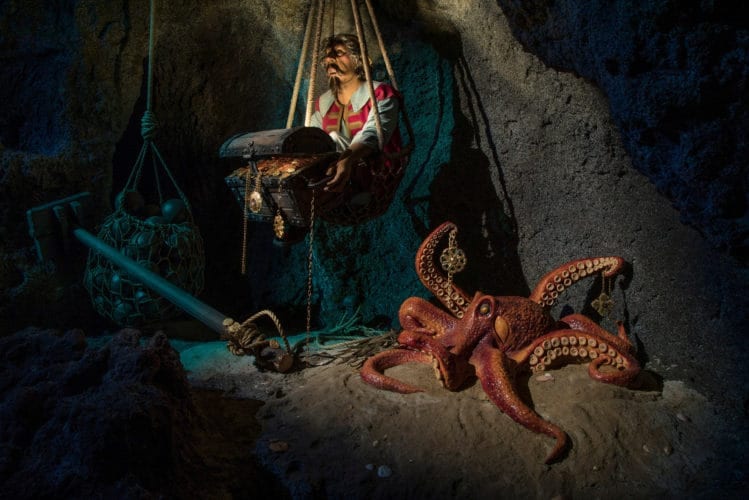 You can see the new Pirates of the Caribbean scenes in this video:

Furthermore, Redd the Pirate isn’t restricted to the interior of her ride. She can now be found wandering around Disneyland’s New Orleans Square in the form of an interactive actor, as seen in this video:

Finally, while Disneyland is rumored to be adding FastPass (and MaxPass) access to Pirates of the Caribbean in the future, for now the attraction is still standby-only.

For more information about Disneyland or to book a vacation, visit disneyland.com or our recommended travel partner MouseFanTravel.com, and watch these videos for more Pirates of the Caribbean from around the world:

Marvel Summer of Super Heroes is underway at Disneyland Paris

VIDEO: Go behind the scenes of ‘Tale...