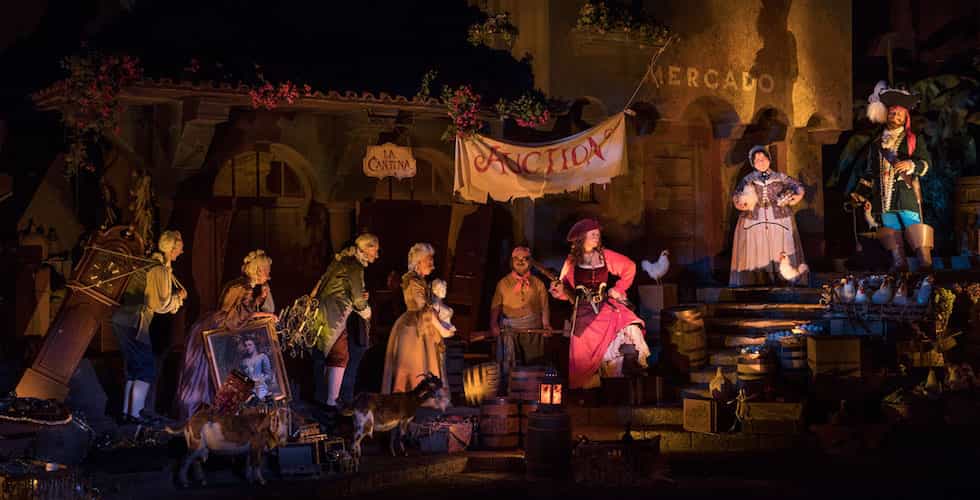 A look at the new auction scene inside Walt Disney World’s Pirates of the Caribbean attraction.

After being down for refurbishment for the past three weeks, Pirates of the Caribbean has reopened at Magic Kingdom Park today, March 19, with a new version of the attraction’s auction scene. The change was first announced last summer.

Keeping with Walt’s wisdom to “keep moving forward,” Walt Disney Imagineering has added multiple new characters to the Pirates attraction throughout the years, including the infamous Captain Jack Sparrow. 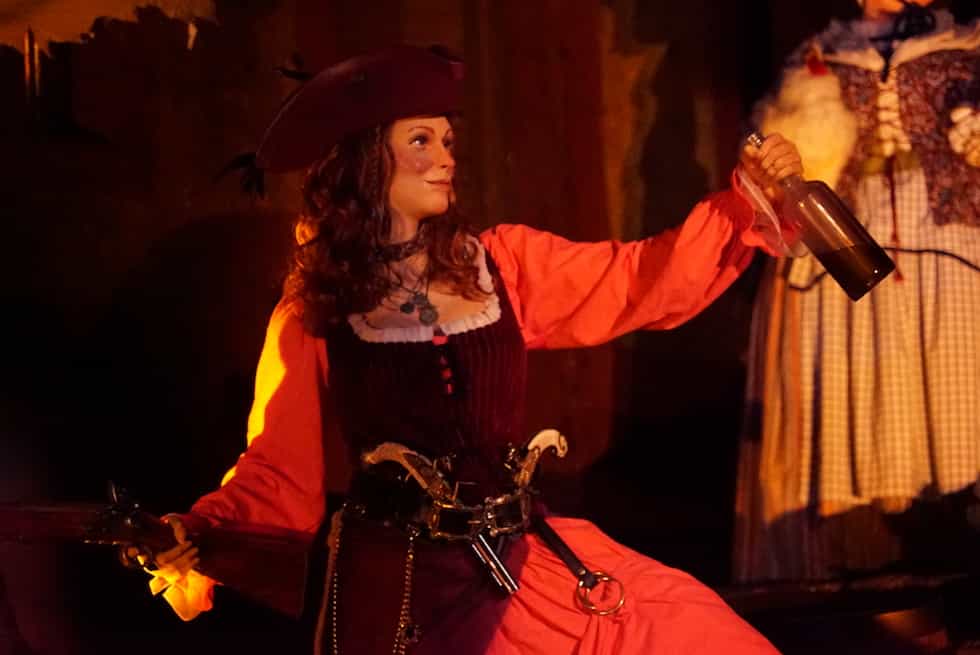 The Redhead, now known as the pirate called Redd, aids the Auctioneer in the sale of rum and goods stolen from the townspeople.

In the new auction scene, the Auctioneer now oversees the sale of the townspeople’s possessions and goods, rather than selling brides to the pirates sacking the town.

As for the Redhead, she has taken charge of her own story and become a pirate named Redd – pillaging the town’s rum supply, and she definitely has something to say about it.

Another change made to the attraction includes the removal of props referencing “Pirates of the Caribbean: On Stranger Tides” from the beach scene. The mermaid skeleton, glass coffin and chalice case have all been removed, and the mermaids singing “Jolly Sailor Bold” can no longer be heard.

The auction scene at the attraction in Disneyland Paris also received a similar transformation last year. Disneyland is the next to undergo the change later this spring, starting April 23.

Check out our video of the updated scene, as well as a full ride-through POV below:

Comparison of the old and new scenes:

Review: Does 4DX enhance Disney’s ‘A Wrinkle in Time’

Just call it ‘ Boy Scouts of the Caribbean ‘ already lol

Review: ‘Behind the Attraction’ offers a fun...