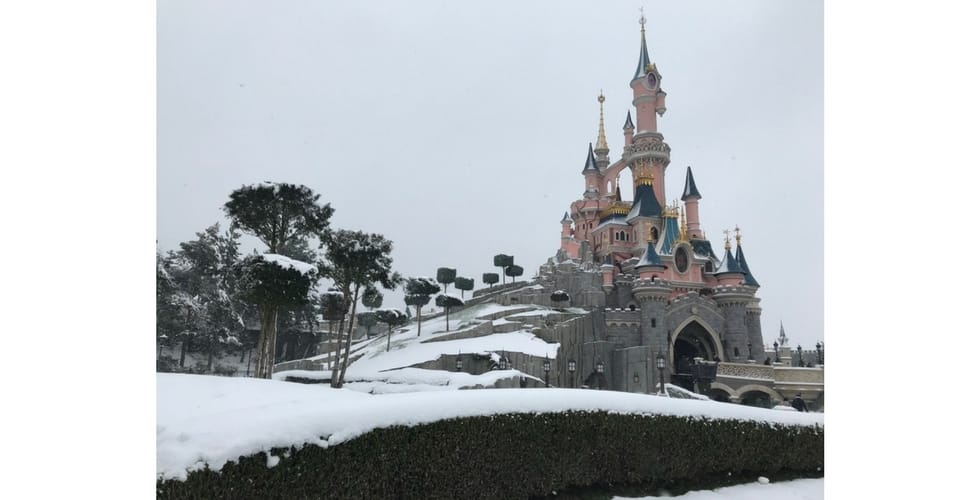 It’s been a snow day every day lately at Disneyland Paris. Photo by Björn Diebietz.

Over the past week, Disneyland Paris found itself in “deep, deep, deep, deep snow.” The park was entirely blanketed in ice and snow, something most guests would believe was the work of Queen Elsa of Arendelle.

Check out these frozen photos and videos of Disneyland Paris turned winter wonderland below: 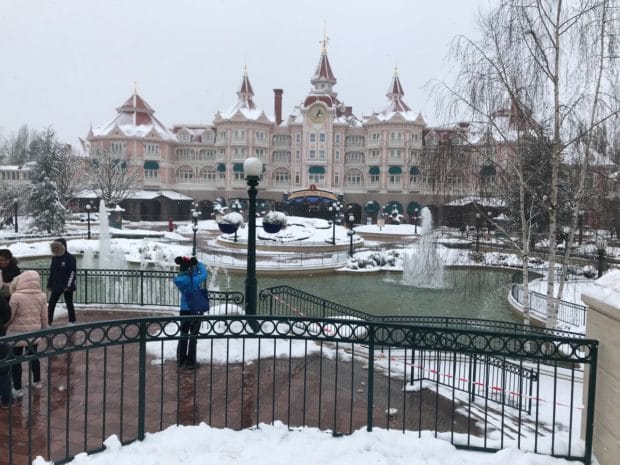 A fresh blanket of snow covers the Disneyland Hotel. Photo by Björn Diebietz. 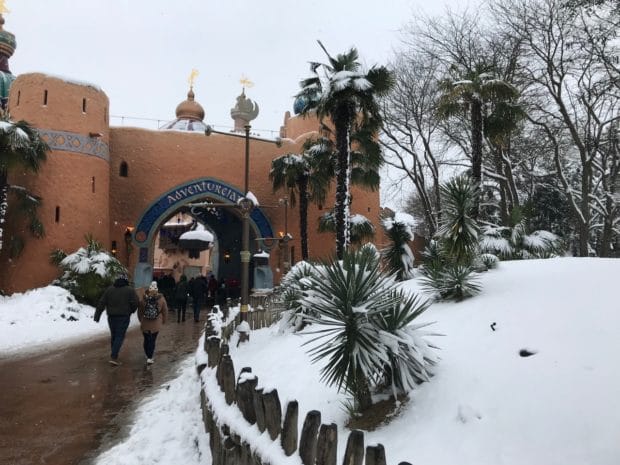 Adventureland went from a desert land to an arctic tundra in a matter of days. Photo by Björn Diebietz. 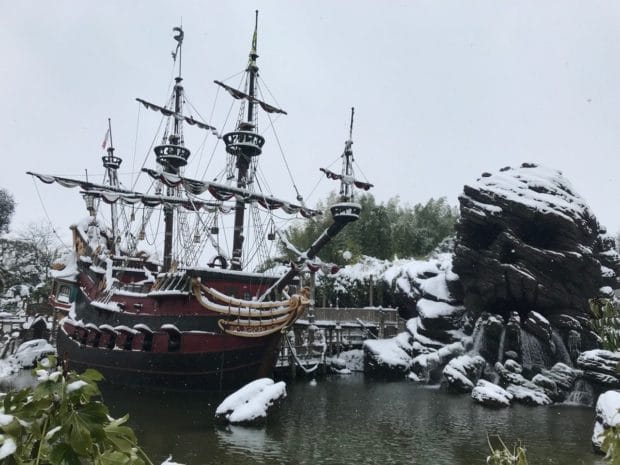 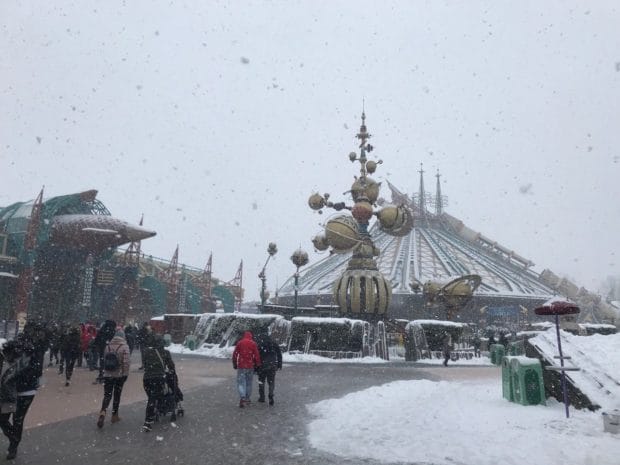 Characters wasted no time getting in on the snow day fun, with some building snowmen and even having snowball fights with guests.

The best snowball fight of all was between Experiment 626 himself, Stitch, and a few younger guests on Main Street. 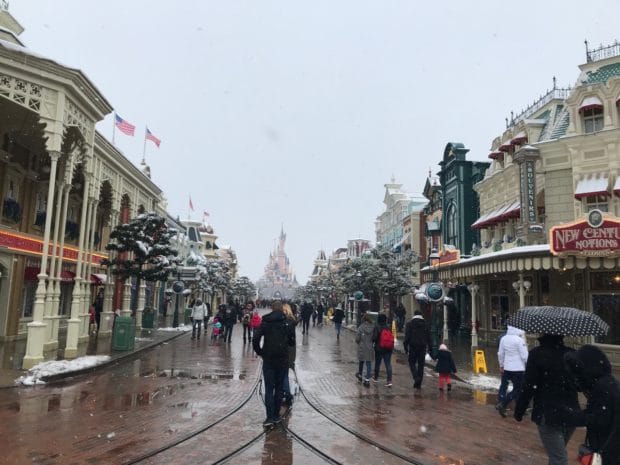 We’re walking right down the middle of a snowy Main Street U.S.A. Photo by Björn Diebietz.

Walt Disney Studios Park got its fair share of the snowfall over the past couple of weeks.

Cast Members made the best of the weather by showing off their “snowtrooper” building skills.

It’s not often that the Disney Parks get a blanket of snow, especially one as intense and for as long as Disneyland Paris has recently. However, something about the weather makes everything feel a little more magical as winter turns to spring.