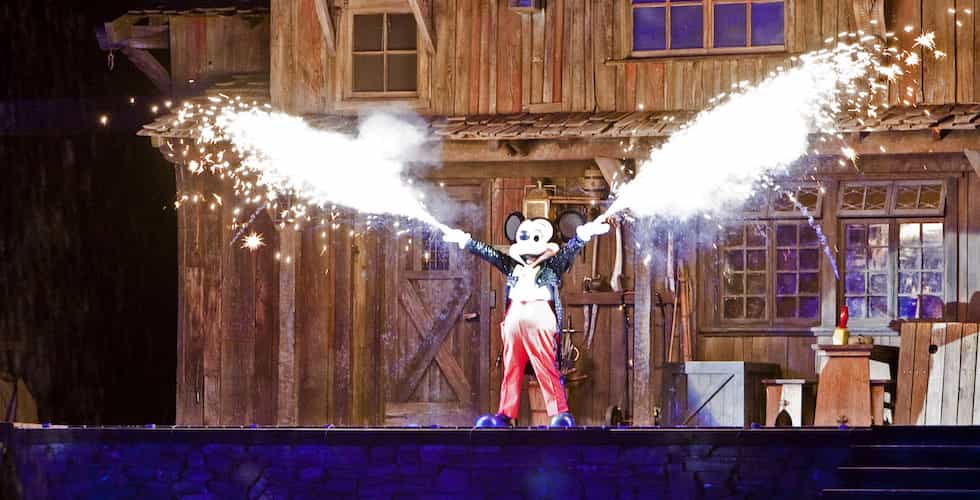 Disneyland will reopen classic attractions like “Fantasmic!” starting this July.

Guests visiting Disneyland this summer will get to enjoy new magic at both parks as classic attractions reopen.

On Monday, July 17, the anniversary of Disneyland’s grand opening, the nighttime spectacular “Fantasmic!” reopens with new scenes featuring characters from “Tangled,” “Aladdin,” “Pirates of the Caribbean” and “The Lion King.” New additions to the show also include new mist screens and projection technology to create brighter and more vibrant show visuals.

On July 29, the Disneyland Railroad will reembark on its Grand Circle Tour of the Magic Kingdom. The trains will now travel across the rocks on a trestle into the River of America, and make a left hand turn for the first time ever on its tour of the park. Guests will once again be able to view Walt Disney’s Dioramas of Primeval World and the Grand Canyon, which were restored to their original state with new magic added.

Guests onboard the Disneyland Railroad will also be able to take in a new view along the north bank of Rivers of America. This new Columbia Gorge section will include five new waterfalls that can be seen from the trains, as well as the Sailing Ship Columbia, Davy Crockett Explorer Canoes, and the Mark Twin Riverboat. The other scenes along the Rivers of American have also been recreated, including the Columbia, the Missouri, the Mississippi and the Rio Grande.

In addition to these returning attractions, Pirate’s Lair on Tom Sawyer Island will reopen on Friday, June 16, and the Main Street Electrical Parade continues to delight guests each night through Aug. 20.