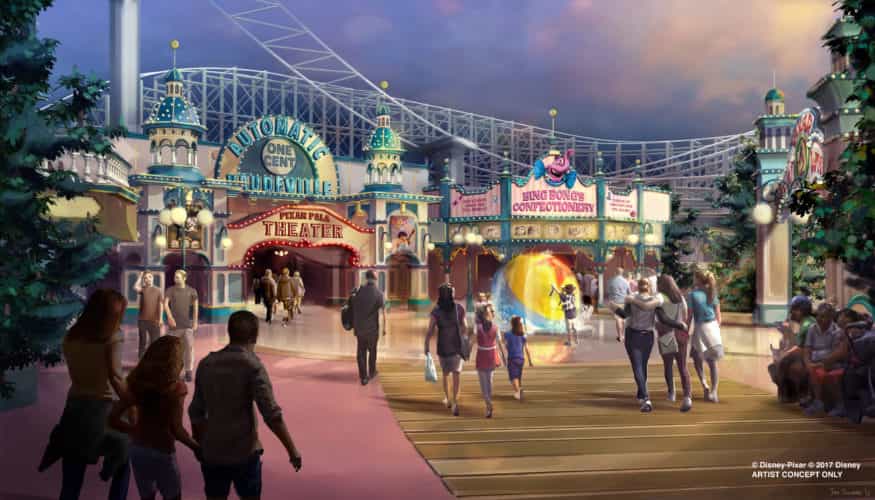 In 2018, both Disneyland Resort parks will celebrate Pixar Fest with new nighttime spectacles, and DCA’s Paradise Pier will transform into Pixar Pier.

Pixar Pier will feature a brand-new look for the area of Disney California Adventure now known as Paradise Pier, which will become the new home for all Pixar characters, featuring neighborhoods filled with friends from “The Incredibles,” “Inside Out” and “Toy Story.”

According to the concept art, Mickey’s Fun Wheel will be rethemed as the Pixar Fun Wheel featuring Luxo Jr., and a vaudeville-style Pixar Pals Theater will be added. Though not yet confirmed, it is rumored that a bug’s land will be closing to make way for a Marvel expansion, and some of the kiddie rides there could be repurposed for Pixar Pier.

This permanent addition to the park will open during a new limited-time celebration taking place throughout the Disneyland Resort in 2018 called Pixar Fest. At Disneyland park, this celebration will feature a brand-new Pixar-themed fireworks spectacular as well as the return of the Pixar Play Parade, which is moving across the Esplanade from DCA to Disneyland. 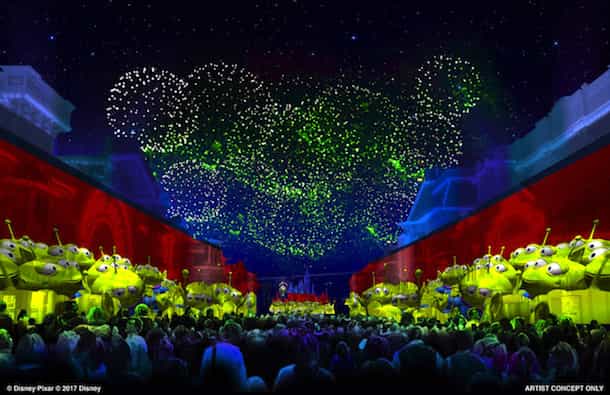 The popular Paint the Night parade will also be revived, this time at Disney California Adventure park, with the addition of a new float.

In other Pixar-related news, starting in Fall 2017, the citizens of DCA’s Cars Land will celebrate “Haul-o-ween” with special decorations around the land, and costumes for the town’s car characters.

Watch this video for the full Pixar Fest announcement from D23 Expo 2017:

Celebrate ‘The Lion King’ this summer at...