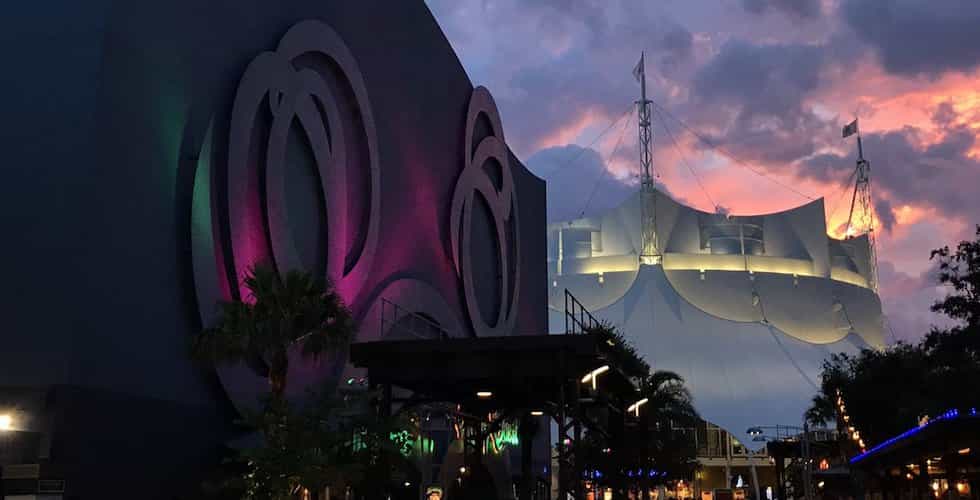 DisneyQuest closed its doors for the last time on July 2, 2017.

The interactive indoor theme park, DisneyQuest, closed its doors for the last time yesterday after 19 years of operation at the Walt Disney World Resort.

First opened on June 19,1998, DisneyQuest was designed as a way for guests to experience the Disney Parks without having to be at the actual theme park destination. Only two locations were built, despite plans to expand to other cities in the U.S.: Chicago and the then-called Downtown Disney at Walt Disney World.

Offering many games within its five stories, guests could experience Disney properties in all-new ways, like Pirates of the Caribbean, a virtual Jungle Cruise, or even build their own coaster with CyberSpace Mountain. The indoor theme park was comprised of four play zones that housed many game according to their theme: Explore Zone, Replay Zone, Score Zone and Create Zone.

In 2015, it was announced that DisneyQuest at Walt Disney World would be closing its doors in 2016, in order to further develop Disney Springs. It was also announced that it would be replaced by a new attraction themed to the NBA. However, in November of last year, Disney announced that they would delay the closing of the location until July 3, 2017, with its last day of operation being July 2.

The doors to DisneyQuest closed for the final time at 9 p.m. last night, effectively saying “Game Over” after years of being a cult favorite among guests. Many of the arcade games from the location will be auctioned off to Disney cast members starting July 4 on castauction.com. 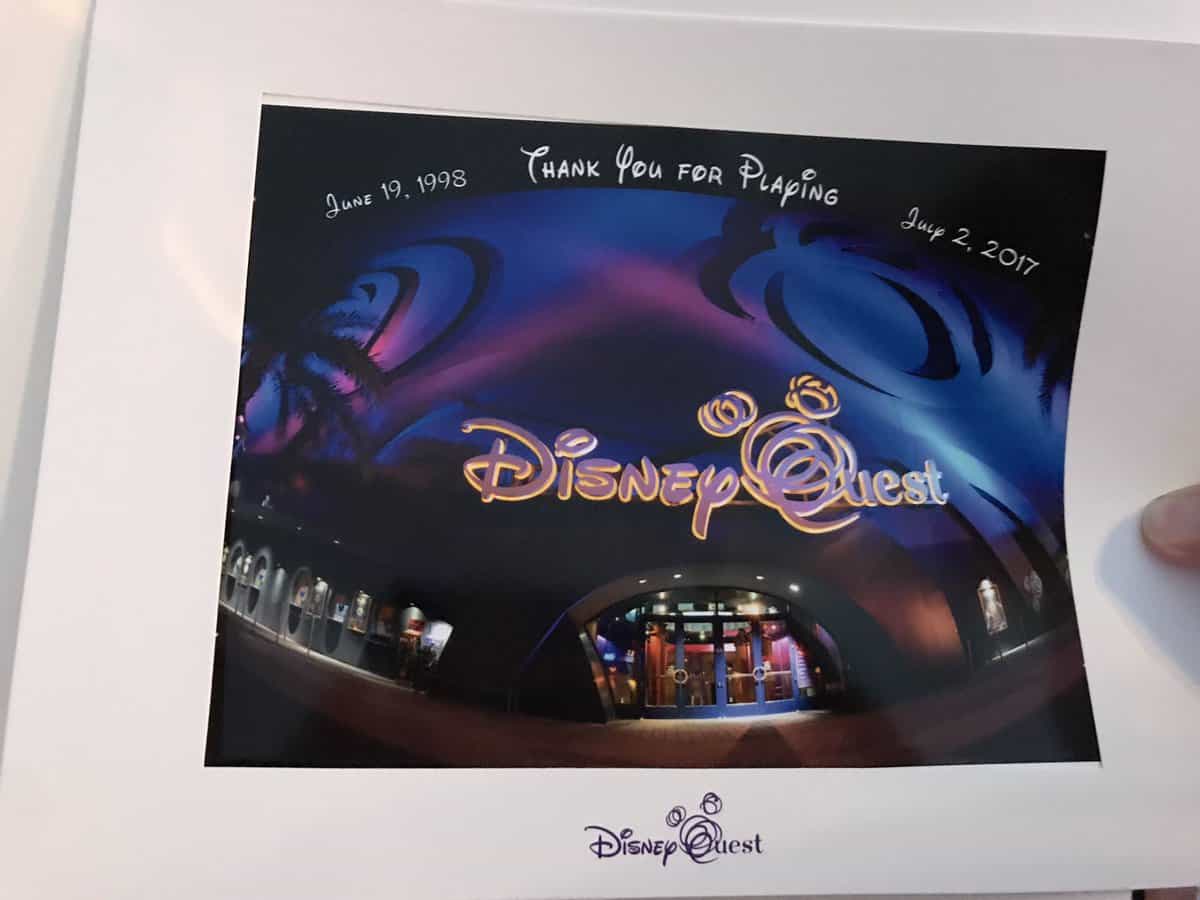 Cast Members handed out these to guests passing by and inside of DisneyQuest on its final night of operation.

Check out our tribute video to DisneyQuest, as well as our photos and videos from the indoor theme park’s final days of operation below.

One closes tonight, one at the end of the year. #disneysprings pic.twitter.com/IP6Y7BtXs1

And the doors to DisneyQuest have closed for the last time: #disneysprings pic.twitter.com/IYHJQjzWMJ

These DisneyQuest fans held a small memorial outside the doors tonight: #disneysprings pic.twitter.com/HPl9DhpIfa

Having worked there from July 2014-Jan., 2015 as part of my Disney College Program extension, and being here in Orlando and being here for the final day and closing, it was wonderful to see so many friends again and to see the building give so much joy to so many over the years.

It is heartbreaking that Disney did not have the willpower to update it, like some places overseas that have surpassed DisneyQuest in technology, but the fact that original opening day cast members from 1998 were present with myself and others from all the ages of DQ, it meant so much to all of us to have been a part of the magic in the building and its changes and legacy.

I will forever miss DQ and I hope that maybe one day, maybe it will come back but also that its legacy will live on forever.

In 1997-1998 I as working for the sub-contractor who built the interior sets for Disney Quest. We were contracted to build 3 units, Orlando, Chicago and Philadelphia. Chicago only lasted a short time and Philadelphia never happened because negotiations the building fell through.

I was visiting Walt Disney World when Disney Quest was in previews and remember going in by myself and trying out some of the various attractions. I also remember a cast member joining me on one of the attractions since you needed more then one person to operate it and through that was very nice of them. Have stopped by on various trips to Florida and it was always a nice break from the craziness outside. I know things change, but it will be missed, glad I had the opportunity to see and enjoy it.