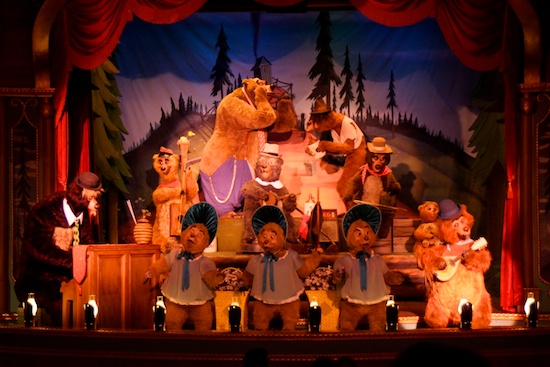 Disney’s Country Bears have some new duds, spruced up fur and a little bit less to talk and sing about.

The Country Bear Jamboree show in Frontierland at Walt Disney World’s Magic Kingdom has reopened after refurbishment. Although the casual guests most likely won’t notice a difference, Disney Imagineers have added new benches, curtains and backdrops, plus new furs, skins and clothes for the bears. The show has also been reworked with some dialog and songs cut or shortened – making it about five minutes shorter.

Country Bear Jamboree was one of Magic Kingdom’s opening day attractions in 1971. Besides a Christmas version and a vacation version that ran periodically, the show has been the same since opening day, until this new compact version. After opening at Walt Disney World, the show was added to Disneyland in 1972. It ran there until 2001 when it was closed to make room for the Winnie The Pooh ride.

As an example of some of the clothing changes, here’s how Big Al used to look: 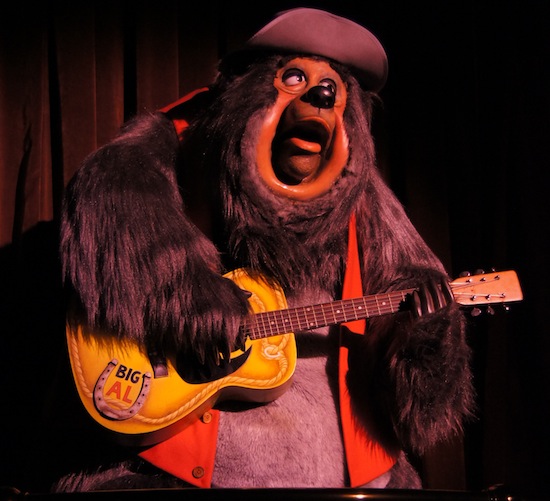 Here’s his new look. His vest is now brown and his hat is red: 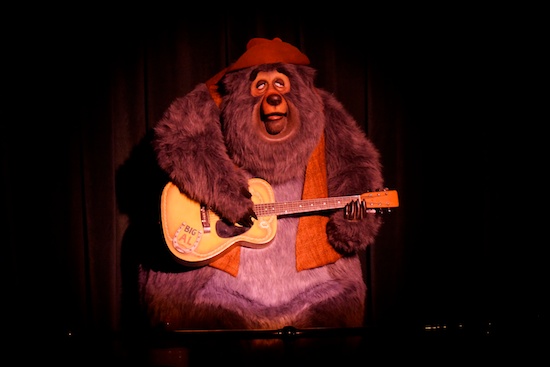 Here’s a video from Disney Imagineers, giving details on the enhancements:

Here’s the original version that ran until earlier this year:

I don’t know why they think they can improve upon the work of the Disney legends. They said for years that the Tiki Room (Under New Management) was what people wanted, but the show was almost always only half full. Once they brought back the original show it was again packed. Could it be that there is a pride problem at Disney Imagineering?

Dumbest decision ever….When have there ever been huge lines to see this show….its just to get people out of the attractions and into the shops

why would more people go to this show than the old show. the only differnce is that the bears got new fur and new clothes. New benches and backdrop. Cmon guys be real!

Plus i liked the tiki room under new management. Its better than original less boring!

This “new” shop is terrible! What were they thinking?? It doesn’t even flow like a stage show…

To all of you who just commented, you are all completely wrong!!!! >:(