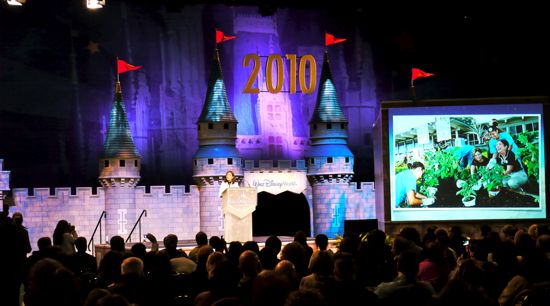 Although there will be summer celebrations all around the resort, three main events highlight Summer Nightastic!: 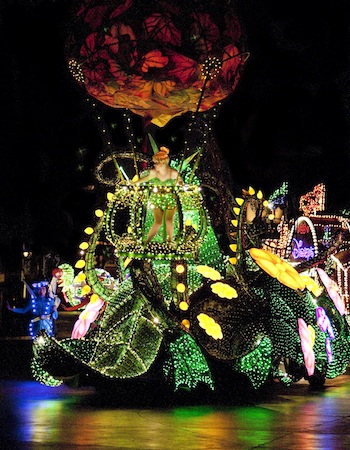 Disney’s “Main Street Electrical Parade” will return to the Magic Kingdom. Direct from the Disneyland Resort in California, and marking its first engagement in Florida since 2001, the fan favorite parade will be led by Tinker Bell waving from the basket of a magical balloon aboard a new float. Pinocchio and Snow White also join the parade aboard bright new floats. The parade’s beloved music and floats will feature more electrifying audio, plus new lighting technologies that create a pixie-dust effect on all the floats.

New effects for Tower of Terror
The Twilight Zone Tower of Terror welcomes “drop-ins” this summer with new glow-in-the-dark lighting effects and the addition of a new drop sequence created especially for Summer Nightastic!.

New fireworks show
The Magic Kingdom will treat guests to a special summer fireworks spectacular. The night sky will explode in vivid colors and brilliant visual effects as whimsical music fills the air. The fireworks show, which hasn’t been named yet, is a brand new, never before seen show.

This summer will also mark the return of the Sounds Like Summer concert series at Epcot and Disney’s Animal Kingdom will have extended evening hours several times a week.

PARKsaver: Welcome to your ticket to a great deal for Valentine's Day

WDWR is a joke, Summer Nightastic started at DLR and then they chose to follow, and they ONLY reason WDW is getting the Electrical Parade is because we at DCA have WOC and Can not capacity wise hold a Night time parade due to guest trafficing for WOC and those added floats were actually added last summer for our DLR Nightastic! those TDO CM’s are so dull… they may be a bigger resort but their magic isnt anywhere near the original we CM’s at DLR give.