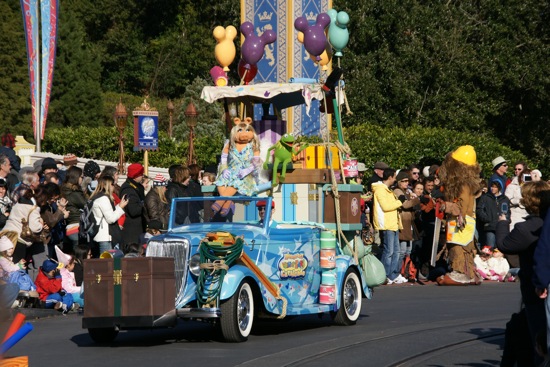 Disney is holding a private event tomorrow at Epcot to “Celebrate Volunteers.” Some celebrities and Muppets will be in attendance. Celebrate Volunteers will also attempt to break a world record, but they’re not saying which one just yet.

At 2:30 p.m., the Muppets will lead a CANvoy Box Truck parade from the U.K. Pavillion towards Future World and around to the China Pavillion. Joe Jonas and Demi Lovato are also expected to give a concert later in the evening, possibly on the Fountain Stage.

Although the event is not open to regular guests of the park. You may be able to see some of the happenings from the open areas. But if you can’t make it to Epcot, you can watch a live announcement of the record breaking attempt beginning at 9:58 a.m. at www.celebratevolunteers.com.

Celebrate Volunteers is part of Disney’s 2010 Give a Day, Get a Disney Day promotion.

Guest Editorial: When Pleasure left the Island at Downtown Disney