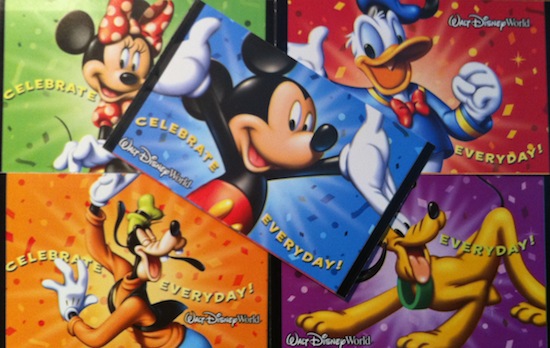 Disney has announced their theme park ticket prices are rising a few dollars. A one day, one park ticket has gone from $79 to $82, a 3.8 percent raise. Read on for the full breakdown of changes.

Annual ticket price increases have been a normal occurrence for all the theme parks in Central Florida the past several years. Disney is usually the first to announce their increases, usually followed by Universal and SeaWorld, although both claim their ticket increases aren’t tied to what Disney does.

When asked why they’ve raised prices, Disney gives the usual answer each time, “We continuously monitor the marketplace to ensure pricing that reflects a strong entertainment value.” They also say that nearly 9 out of 10 guests rate the value of the Disney parks as good, very good, or excellent.

The theme parks raise their rates this time of year to ensure next year’s guidebooks and travel companies have the correct information when they need it.

Looking at the increases, it’s unlikely to stop many from visiting. A family of four visiting for four days, with the park hopper option, would have to pay $36 more than before the increases.

The question is, how long can the annual increases continue? Will guests pay more than $100 per day in just a few years?

Fox 35 in Orlando interviewed me last night about the ticket price changes. Here’s the clip:

I wonder if each of the cast members at Disney will get at least a 3% bigger salary then they have now. It’s sickening to me, I remember when it use to be about $50 a day a few years ago.

It’s not only staff which has to be paid, also building and refurbishing attractions, marketing and other costs will be higher every year. But still it should be nice when staff should also see a bit more in return for thes increases.

Unfortunately , with increasing visitor amounts, this is what Disney can do without any pain. People might still come to the parks.