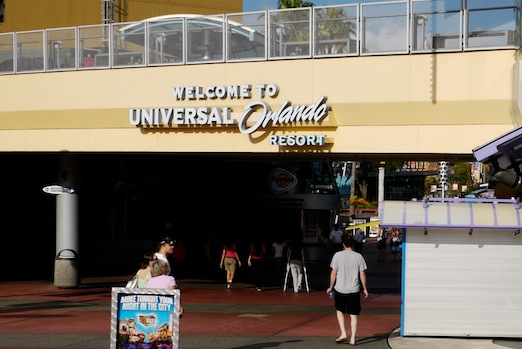 Two days after Disney announced it’s raising its theme park ticket prices, Universal Orlando announced most of their ticket prices are also going up on Aug. 7, 2010. A one day, one park ticket is going from $79 to $82, the same as at Disney. (Click here for Disney’s new prices.)

Annual ticket price increases have been a normal occurrence for all the theme parks in Central Florida the past several years. It seems Disney usually announces first, followed by Universal and then sometimes SeaWorld. Spokespersons for all three companies say they make their decisions independently from the others.

Similar to what a Disney spokesperson said, Universal spokesman Tom Schroder was quoted in the Orlando Sentinel saying 94 percent of their guests tell them they deliver good to excellent value for their dollar.

Annual Pass ticket prices stayed the same. These are at the gate ticket prices. Universal offers special deals for most tickets if you order online. All of the major theme parks in Central Florida also offer special deals to Florida residents.

Stars in the Parks: Shaq goes on safari at Busch Gardens

I have been thinking about if they raise the price just cause they can or to help refurbish the park. But, I have finally came to the conclusion that prices get raised due to inflation. I don’t know if I’m 100% correct but that is what I’m going to believe.

Disney uses complex pricing models to determine the increases; Universal just follows what Disney does and sets theirs the same.

Universal certainly can’t charge _more_ than Disney – people would quickly point out that their overall level of quality is no where near Disney standards.

But they also can’t charge _less_ than Disney because people would perceive the “value” of Universal to somehow be inferior to Disney. “We’re cheaper, because we’re not as good.” (Which IMO is true.)

Why do Disney fans always think they have to trash talk Universal every time their is an article about it? It makes you look bad;)
As for the tickets not surprised just wished it wasn’t so..

This article is comparing costs of admission to Universal and Disney. I think it’s fair to do a little bit of digging to figure out why Universal sets their prices the same as Disney year after year.

Universal has some really neat stuff; don’t get me wrong. I like their parks a lot. But the actual dollar value of experience you get back from a Universal park is not the same as the dollar value you get back from a Disney park, despite that the up front entrance costs appear to be identical. Disney’s own costs to run their parks are *higher* per customer; but this is not accurately reflected in the identical *prices* of tickets between both companies.

Universal is not in a position to lower their costs – or they will be perceived as a “weaker” value compared to Disney. They certainly can’t raise their costs because people will stop going to Universal because it’s “too expensive.”

I honestly don’t care if “I look bad” to you since I rarely comment here and don’t need you to be my friend, but I do appreciate a fact-based discussion on issues like these.

P.S. Regarding price increases – yes, the companies chalk it up to inflation, but the price increases over the past several decades are not linear; even after adjusting for inflation and “today’s dollars” we are paying many times more for a single-day ticket at WDW or Universal than we were paying back in the early eighties.

I should add that SeaWorld’s prices are generally very nearly identical to Disney’s prices; while I don’t know this for a fact their costs to run their parks are even lower than Universal’s it sure seems like it’s likely. I actually love SeaWorld but really think their ticket prices are much too high. I think Universal’s are high, and I think Disney’s are also somewhat high especially when you consider the inflated cost of food at their parks (though Disney’s food is generally better than Universal or SeaWorld’s.)

But I’m OK paying that much to enter a Disney park because I think the value proposition is good. I think Universal and SeaWorld have weaker value propositions for the prices they are charging, but I’ll still visit those parks. 😉

Thank you Jake for posting that comment, someone needed to say it. I don’t bash Disney but if I wanted to I could easily do it.

Universal should definitely be cheaper because they have two parks when Disney has four. If I was a tourist visiting Orlando, I would for sure choose Disney, it’s more worth the money.

‘Halloween 4: The Return of Michael Myers’...