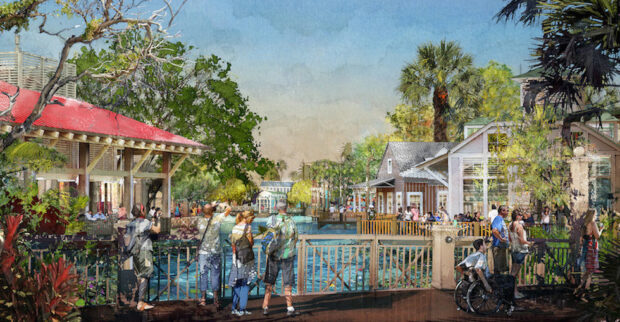 You’re going to have to start getting used to calling Downtown Disney by a new name early next year. That’s when The Landings area of the remodeled complex will open, and when it will officially be known as Disney Springs.

This multi-year transformation will double the retail and offer innovative new dining options. The shop continues to be open during construction.

This summer at Downtown Disney:

• Two new Starbucks locations – a storefront at Downtown Disney West Side and a kiosk near World of Disney at Downtown Disney Marketplace. Look for the familiar green roof at the West Side flagship Starbucks, part of the company’s commitment to be environmentally conscious. The design includes a covered patio overlooking the waterfront and a fireplace, as well as the new Clover Bar, featuring special reserve coffees brewed to order. A high-tech screen behind the Clover Bar will show images from coffee regions around the globe, and a new Human Connection Wall will include large touch-screen monitors that allow guests to use their finger to draw images.

• Marketplace Co-Op will serve as a testing space for new Disney retail concepts, shops and products with six boutiques under one roof:
Beautifully Disney – A beauty destination for woman featuring make-up, fragrance and beauty accessories.
Cherry Tree Lane – Accessories for the sophisticated woman with a passion for scarves, shoes, bags and jewelry.
D-Tech on Demand – A place to personalize and customize your own electronic accessories.
The Trophy Room – Vintage-inspired, lifestyle sports apparel and collectibles.
Disney Centerpiece – Home products offering a splash of Disney in room furnishings, textiles and everyday ware.
Zoey and Pickles – A girls’ destination with the latest trends.

• Food Truck Park, opening later this summer, will serve as a permanent home to the four Disney Food Trucks and will be situated between Bongos Cuban Café and the new Starbucks at Downtown Disney West Side. 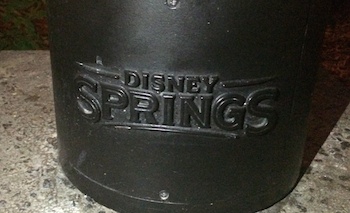 When completed in 2016, Disney Springs will double the shopping, dining and entertainment experiences, with an eclectic and contemporary mix from Disney and other noteworthy brands. Drawing inspiration from Florida’s waterfront towns and natural beauty, Disney Springs will include four interconnected neighborhoods:
The Landing (opening in early 2015) is set along the waterfront and will feature nationally known restaurateurs.
Marketplace will continue to delight guests of all ages by combining new experiences, such as an over-the-water pedestrian causeway, along with classic Disney favorites, including an expanded World of Disney store.
West Side will be enhanced with a series of new elevated spaces that provide both shade and an overlook to the activity below.
The Town Center, opening in 2016, will have a sophisticated mix of shopping and more dining.

The first phase of roadwork construction has begun, with lane closures scheduled as much as possible for off-peak hours to minimize impacts to the guest experience. Buena Vista Drive will expand from seven to 10 lanes, with a dedicated bus lane. Two parking garages and two pedestrian bridges also will be added, as well as an I-4 Interchange that will offer direct access to and from Downtown Disney/Disney Springs.

Here’s a look at the Disney Springs section of Disney’s “Around the World” presentation: 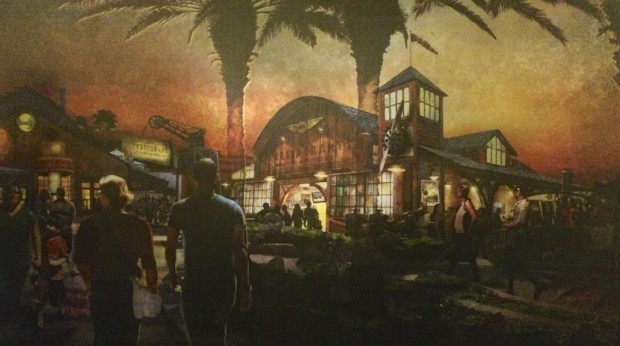 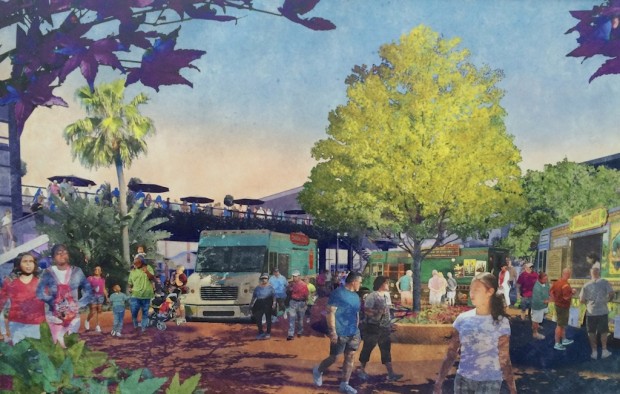 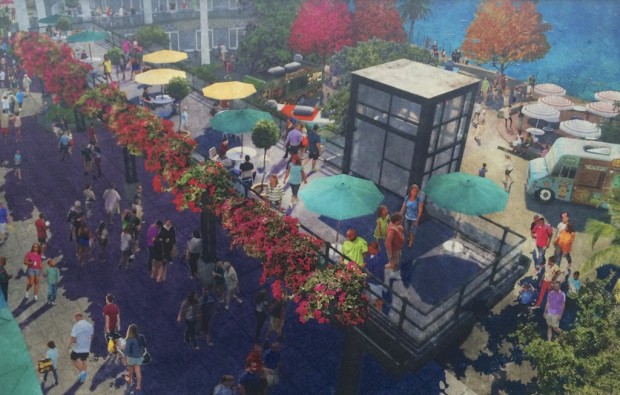