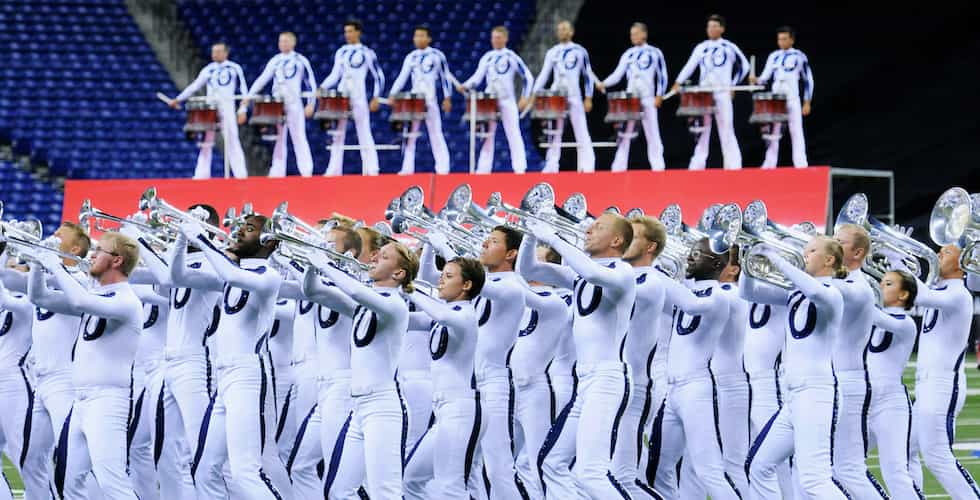 The Bluecoats are just one of the many drum corps that are a part of Drum Corps International.

Drum Corps International, the leader in competitive marching music ensembles, will make its way back to Orlando this week for DCI Central Florida.

Several top-tier marching corps will compete on the Camping World Stadium field starting Saturday, July 8, as part of the 45th Anniversary Summer Tour. This tour includes 110 shows in 37 states, with 55 drum corps fighting for the 2017 Open and World Class titles.

This showcase will bring DCI back to Orlando for the first time since 2012, despite the Citrus Bowl holding numerous events in the past, including multiple World Championships.

DCI Central Florida will begin at Camping World Stadium at 7:30 p.m. on Saturday, July 8, with drum corps and SoundSport teams warming up in the parking lot before the take the field.

On Sunday, July 9, Disney Springs and Disney Performing Arts will host three of the competing drum corps for a special day of performances.

The Cavaliers (Rosemont, Ill.) will perform at 11 a.m., followed by Carolina Crown (Fort Mill, S.C.) at 1 p.m., and closing the day with The Cadets (Allentown, Pa.) at 3 p.m. Each corps will march through Disney Springs, starting on West Side and ending in the Marketplace by Once Upon a Toy.

For more information and to purchase tickets to the event, visit dci.com.