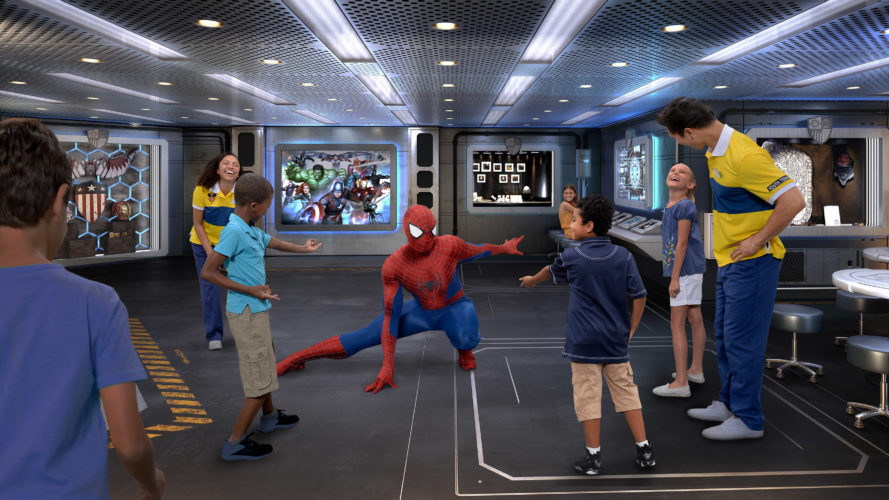 Marvel Super Hero Academy and more are coming to the Disney Wonder after the cruise ship’s dry dock refurbishment this fall.

The smallest, least modern member of the Disney Cruise Line fleet will finally catch up with its bigger siblings once a dry dock refurbishment this fall introduces new experiences and enhancements to the Disney Wonder.

The long-awaited Disney Wonder dry dock refurbishment (scheduled for September 9 through October 23, 2016) will introduce a long list of upgrades, headlined by Marvel Super Hero enhancements to the Oceaneer Club, a jazzy Princess Tiana-themed restaurant, and an adults-only English pub.

The Marvel universe comes to life in Marvel Super Hero Academy. Exclusively on the Disney Wonder, Marvel Super Hero Academy will offer extraordinary adventures in which each young guest plays an integral role. With the mentorship of some of Marvel’s greatest Super Heroes, young trainees will learn the value of teamwork, bravery and problem solving through hands-on play and programs. In one mission, Spider-Man will appear in person to help children hone their spider senses by perfecting their skills of reflex, speed and sharp minds. Children will work on their web-slinging and then get to see themselves in the headlines of the Daily Bugle.

The high-tech command post is also where other Marvel Super Heroes will interact with children via a large digital display, helping them unleash their inner heroes. In one program, kids can control the movement of a character on screen to practice super skills like repulsor blasting. Throughout the academy, displays will feature equipment that helps make Marvel Super Heroes the mightiest in the universe. Captain America’s World War II shield, Iron Man’s helmet, Spider-Man’s web shooters and Black Widow’s gauntlets will inspire young Super Hero recruits.

Other Oceaneer Club additions include Frozen Adventures, where Olaf (on a digital screen) leads summery games with a wintery twist and a sing-a-long of “In Summer.” In another festive activity, young guests prepare for a coronation and receive a truly royal and in-person visit by Anna and Elsa. Club Disney Junior features favorite Disney Junior characters, storytelling and games. During one activity, Doc McStuffins pays a visit to the club to help children diagnose and treat the stuffed animals. Andy’s Room is where kids feel toy-sized in the multi-level play space themed to the Disney-Pixar “Toy Story” trilogy. As a special treat, Woody appears in person to join youngsters in a hoedown and Jessie stops by to join in a scavenger hunt. For the youngest children, a new It’s a Small World Nursery is inspired by the style of the legendary theme park attraction. 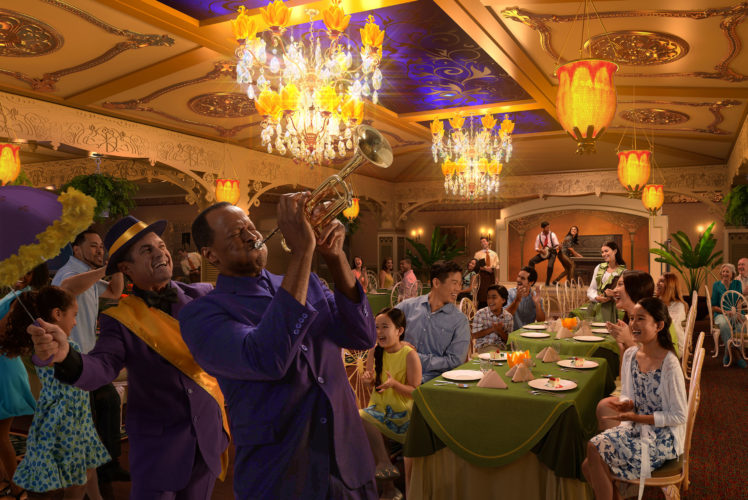 Exclusive to the Disney Wonder, Tiana’s Place restaurant will transport guests to an era of southern charm, spirited jazz and street party celebrations with a menu influenced by southern-style cuisine. Guests of Tiana’s Place, the restaurant inspired by Princess Tiana in the Disney animated feature, “The Princess and the Frog,” will be treated to a celebration of New Orleans dining and entertainment. Live music will be performed on the main stage, with rhythmic, toe-tapping notes of jazz, swing and blues setting the tone for the French Quarter supper club atmosphere. From Tiana’s family photos to water lily-shaped candleholders to her framed culinary awards – all will help tell the timeless tale of Tiana’s journey from waitress to frog to princess to proud restaurant owner. 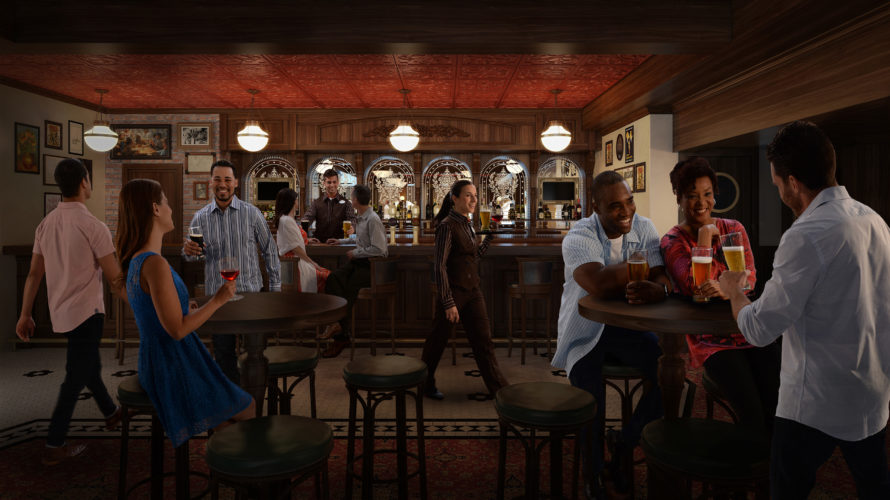 Cheers, to an English Pub

The adult district includes a brand-new pub that invites guests to take a jaunt to an authentic English tavern. Dark woods, plush leather furniture and brass accents are reminiscent of a friendly neighborhood pub. A selection of British and specialty beers include a brew made especially for the pub. Subtle nods to classic Disney films set in London can be found in artwork, props and other bits ‘n bobs throughout the space.

The Disney Wonder will continue to sail from Galveston to the Bahamas and Caribbean, until the ship sails to San Juan, Puerto Rico on Jan. 20, 2017. On Jan. 26, 2017, a three-night cruise aboard the Disney Wonder takes guests from San Juan to Port Canaveral, Fla., where the ship will homeport for the spring.

For a reminder of what the Disney Wonder looks like before its big dry dock refurbishment, watch this Photo Finds video tour of the ship from last year: