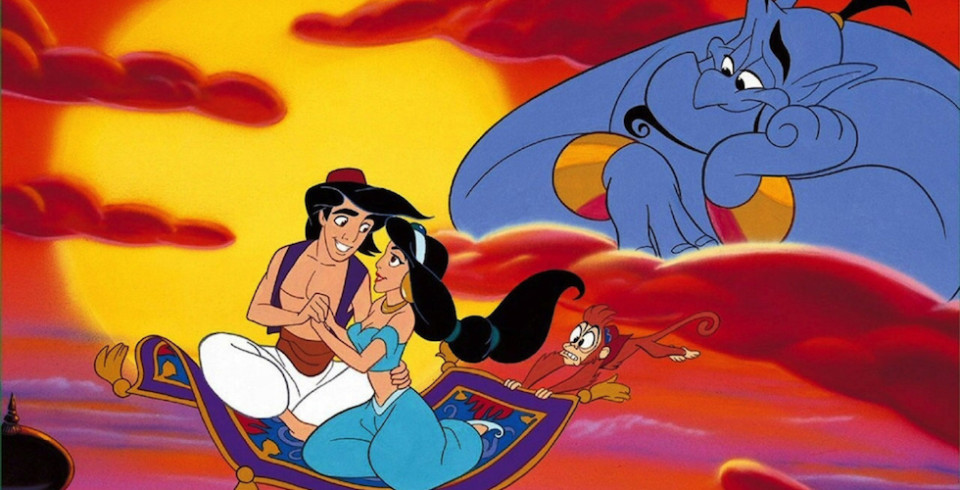 One of Disney’s most highly anticipated animated features is out of the vault, or better yet, the lamp. “Aladdin” is now available on Blu-ray, Digital HD and DVD. While the classic film holds up well and looks amazing re-rendered in high definition, the highlight of this re-release is the expansive list bonus features.

This release of “Aladdin” comes with a ton of bonus features, taking you inside the Genie’s lamp and beyond with everything from previous releases along with brand new features including: 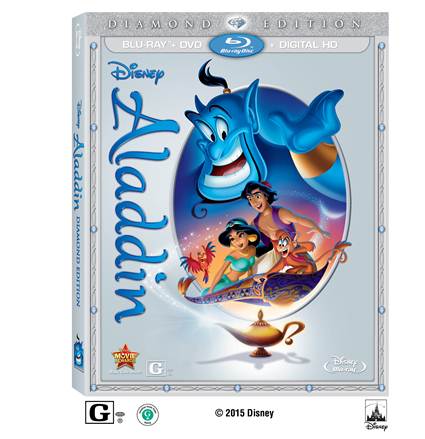 Audio Commentaries: Producers/Directors John Musker and Ron Clements and co-producer Amy Pell, along with supervising animators reminisce about their experiences working on “Aladdin”.

The Genie Outtakes: Using storyboards by Genie’s original animator, this bonus feature is a selection of outtakes from Robin William’s recording sessions and a tribute to the late great comedian himself.

Aladdin: Creating Broadway Magic: Darren Criss takes you behind the scenes of the making of the Broadway adaptation and the challenges it faced bringing the animated feature to life.

Ron & Jon: You Ain’t Never Had a Friend Like Me: John Musker and Ron Clements reminisce on their experience at Disney in the early ’90s and their collaborations.

Classic Bonus Features: A multitude of extras and special features from previous releases of “Aladdin” are included as well: A Diamond in the Rough: Making of Aladdin, Alan Mencken: Musical Renaissance Man, Inside the Genie’s Lamp: Guided Tour, The Genie World Tour, The Art of Aladdin, Deleted Songs, Deleted Scenes, Music Videos and more.

Each of the extras vary in length, ranging from two minutes to over an hour. Most of the extras are very interesting, featuring behind the scenes looks at the film and an in-depth look at how it all came together. One of my favorites was the deleted song, “My Finest Hour” which is available exclusively on Disney Movies Anywhere and “The Genie Outtakes” featuring a selection of Robin Williams’s outtakes recorded during the making of “Aladdin”.

You can also see “Disney’s Aladdin – A Musical Spectacular” onboard some Disney cruise ships. Here’s a preview: