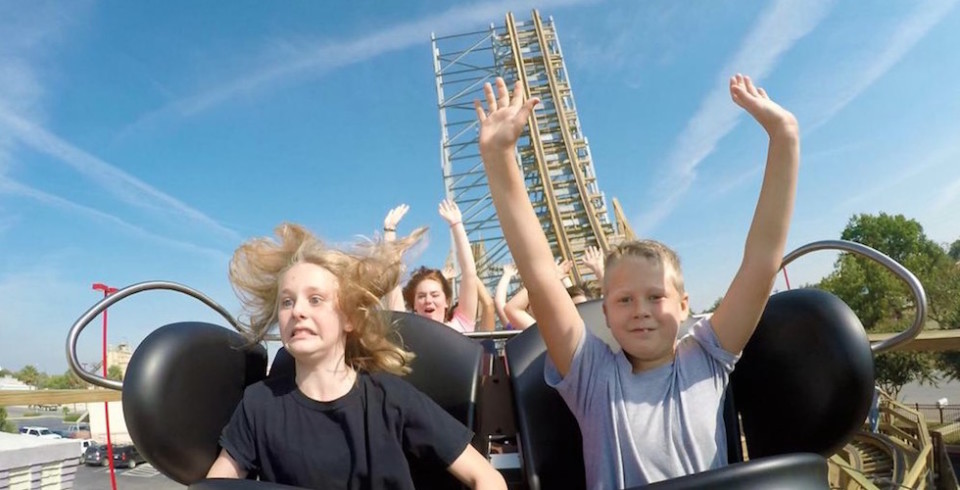 On Oct. 17, 2015, the world’s only wooden forward and backward “shuttle” coaster, Switchback, will celebrate its grand opening at ZDT’s Amusement Park in Sequin, Texas.

The ride is the first wooden roller coaster to go both forwards and backwards through the same track by reversing up an 87-degree mid-course dead-end track known as the Grand Spike. Switchback riders take on an initial 62-foot plunge, roar through a series of tunnels and a century-old building, travel over multiple hills, careen on a 104 degree overbanked turn, and bolt up the Grand Spike before racing back through the track again backwards. By the end, the rider will have experienced 10 airtime moments.

Switchback - World’s first and only forward and backward wooden coaster

Inspired by the first roller coaster to be built in the United States of America, Switchback Railway (1884), this new ride was designed by Gravity Group with a locomotive theme. “The design of Switchback has been one of the most exciting and challenging endeavors of my 17 years in the business,” stated engineer and Gravity Group partner Chad Miller. “To be part of something this different and unique has been incredibly fun.”

“It’s always great to be a part of a project that has high levels of involvement and passion on the part of the park owners,” further explained Chad. “But the Donhauser family at ZDT’s took this to a new level. This coaster would not be what it is without their ambition and courage to put something completely new on the amusement industry map.”

Among other unique elements of the ride is the switch track located at the bottom of the first drop, which at the end of the ride, directs the train back into the station. This innovative switch track feature allows the roller coaster to retain the lift hill and drop of a traditional wooden coaster, while also adding the first of a kind forwards-and-backwards element of a shuttle coaster.

What sold for top dollar at the...