Carnival Cruise Line is bringing some ‘Bam!’ aboard their big new boat by announcing that celebrity chef Emeril Lagasse will open his first-ever restaurant at sea next year aboard the upcoming Mardi Gras megaship. 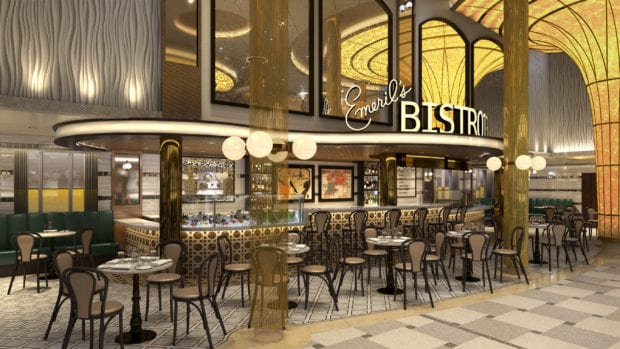 Emeril’s Bistro 1396 aboard Carnival’s Mardi Gras will be Lagasse’s first-ever restaurant at sea.

On March 6, 2019, Carnival Cruise Line announced that it has partnered with world-renowned restaurateur Emeril Lagasse on Emeril’s Bistro 1396, which will be located in the French Quarter zone aboard Carnival’s Mardi Gras, setting sail in summer 2020.

“Mardi Gras is designed as the ultimate vacation experience, and that extends to the food and beverage offerings,” said Christine Duffy, president of Carnival Cruise Line. “Emeril Lagasse has brought the uniqueness and fun of New Orleans dining to foodies all over the world, and we’re thrilled that he’ll now bring that same experience to Carnival. There is no one better suited than Emeril to add a level of authenticity to the Mardi Gras experience that will give our guests another way to Choose Fun.”

“I’ve developed restaurants all over the country, but to create my first restaurant at sea – on a ship named Mardi Gras with its own French Quarter, no less – was an opportunity I simply could not pass up,” said Lagasse. “I’m excited to be a part of this brand new ship and bring a taste of the flavors of New Orleans cuisine to the guests sailing on Mardi Gras.” 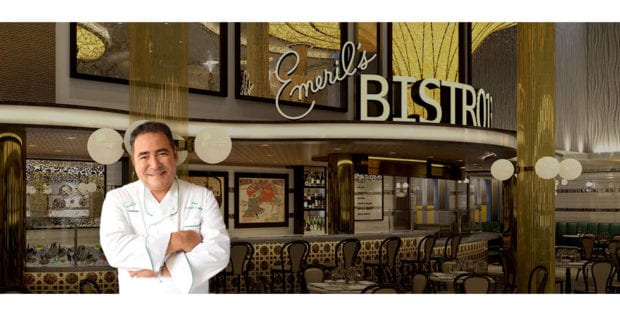 Emeril’s Bistro 1396 will be found in Mardi Gras’ French Quarter, one of the ship’s six themed zones. Currently under construction at the Meyer Turku shipyard in Turku, Finland, Mardi Gras is slated to enter service in Europe Aug. 31, 2020, before repositioning to New York for a series of voyages, then shift to Port Canaveral for year-round seven-day Caribbean cruises beginning in Oct. 2020.

To learn more about Carnival Cruise Line, visit Carnival.com and watch these videos:

SeaWorld has eliminated polystyrene foam dinnerware from all its parks

Thanks for sharing this. Looking great. Definitely visit there.