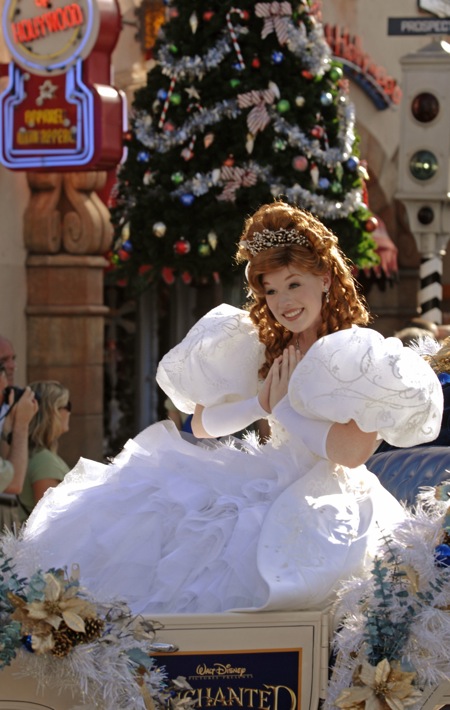 Disney’s newest star, Princess Giselle, made her royal debut at Disney-MGM Studios. She now makes special appearances as a prelude to the Hollywood Holly-Day Parade. Princess Giselle is the star of Enchanted, the new motion picture. The film is a twist on the classic Disney fairytales which blends live-action, computer effects and hand-drawn animation. The film stars Amy Adams, Susan Sarandon and Patrick Dempsey.

Video, Photos: Behind the scenes of balloon...