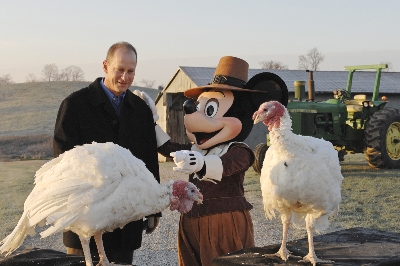 The pair will be flown first-class to Walt Disney World to star in the Thanksgiving Day parade on Nov. 22 in the Magic Kingdom. Both of the two tom turkeys are 21-weeks old and weigh approximately 45 pounds each.

U.S. President Harry S. Truman was the first Commander-in-Chief to be presented with a Thanksgiving turkey (in 1947) by the National Turkey Federation. This year’s presentation marks the 60th anniversary of a tradition that has continued through 10 successive presidential administrations. 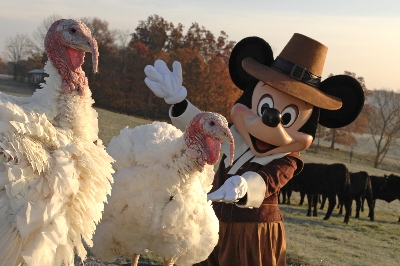 aww man thats four less turkey legs i get to eat or is it?

Walt Disney World? No turkeys at Disneyland this year? I guess they could put them in Fort Wilderness…

College students can play and save at...