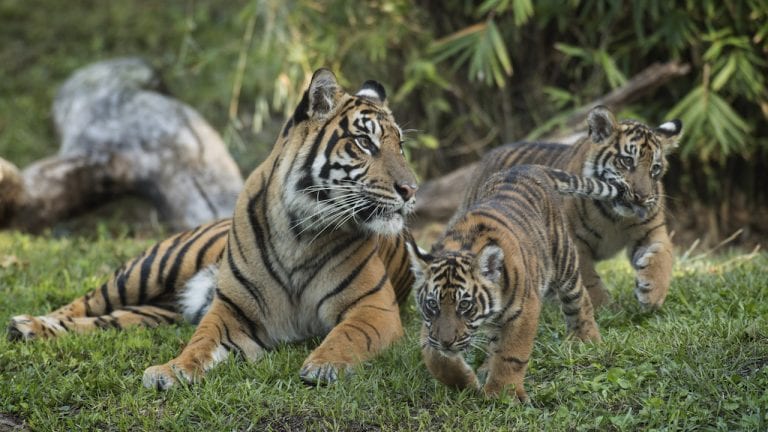 The Maharajah Jungle Trek at Disney’s Animal Kingdom has two new star attractions, as a pair of endangered Sumatran tiger cubs have recently been introduced to the Walt Disney World park’s walking trail.

Starting last week, guests at Disney’s Animal Kingdom can get a glimpse of Anala and Jeda, the first Sumatran tiger cubs to be born at the park. The nearly four-month-old cubs are slowly being introduced into their habitat on Maharajah Jungle Trek, in the park’s Asia area. The sister and brother pair will be visible periodically as they acclimate to their new area. 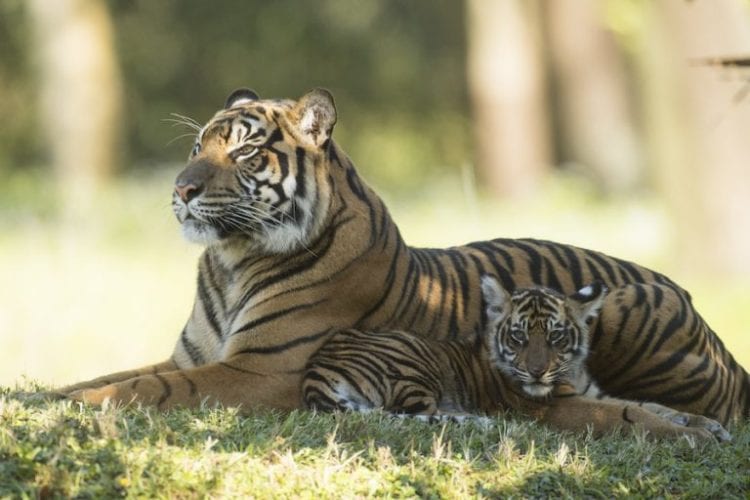 Sumatran tigers are a critically endangered species, with fewer than 500 left in the wild. Disney participates in the Species Survival Plan, a breeding program through the Association of Zoos and Aquariums. Disney’s team of animal care experts and veterinarians spent three years preparing for the birth of these Sumatran tigers. Part of this work included creating a special new backstage play area where the tiger cubs could learn to swim and climb before venturing into their habitat at Maharajah Jungle Trek. 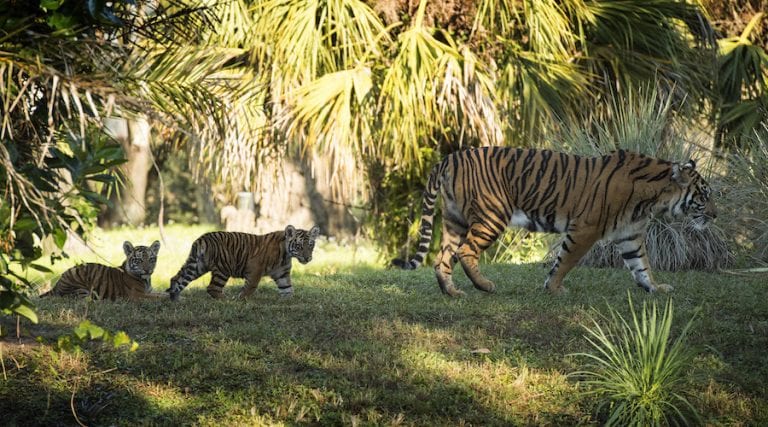 Currently, the Sumatran tiger cubs are visible inside their Maharaja Jungle Trek environment during the first few hours of the day, and will be appearing for longer times as they acclimate. For more information, watch this videos: