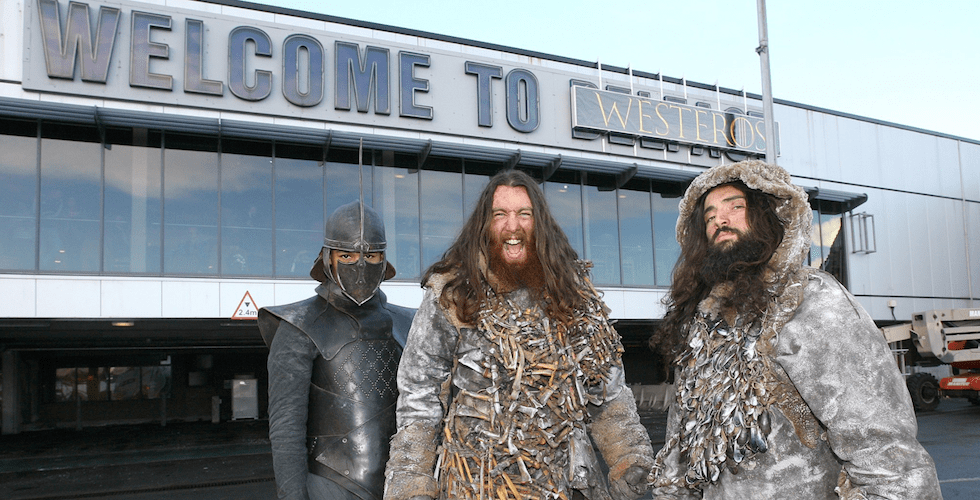 Belfast International Airport is now adorned with a sign saying “Welcome to Westeros.”

During the holiday season, hundreds of thousands of travelers will make their way to and from Belfast International Airport in Northern Ireland. This year, guests will have to double-check their boarding passes, as the airport has been re-named “Westeros Airport” in honor of the Blu-Ray and DVD release of “Game of Thrones” Season 7.

Those traveling during the month of December will now be greeted with a large “Welcome to Westeros” sign upon their arrival to the airport. The airport takeover celebrates Northern Ireland’s place as a major filming location for the series, as well as the home release of Season 7. 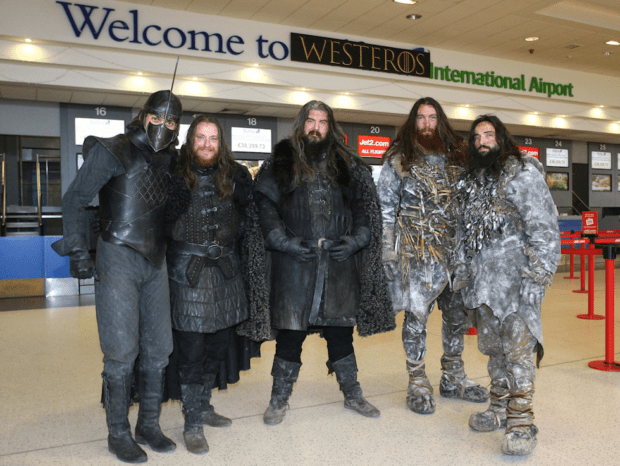 Travelers in the Belfast International Airport were greeted by wildlings and men of the Night’s Watch during the airport’s first week of transformation.

Production of HBO’s “Game of Thrones” has been based in Belfast since the first season, with various filming locations throughout Northern Ireland, including the Causeway Coast and Glens north of the capital city, as well as Quoile and the Mourne Mountains in County Down. “Game of Thrones” takes place on the fictional continent of Westeros, in the political entity known as the Seven Kingdoms.

“HBO UK’s official re-naming of the Belfast International Airport is a fantastic opportunity to cement Northern Ireland as the home of ‘Game of Thrones.’ The shows spearheaded a growing screen tourism phenomenon and we’re delighted to welcome all fans and travelers officially to Westeros this December,” said Moyra Lock, head of marketing at Northern Ireland Screen. “The series has catapulted Northern Ireland into the premier league of global production locations and a huge legacy for the screen industry will be the local and highly-skilled crew-base with vast experience on a show of size and scale that has the highest production values on television today.”

“Game of Thrones” Season 7 is now available on Blu-Ray, DVD and digital download in the UK, Ireland and the US.