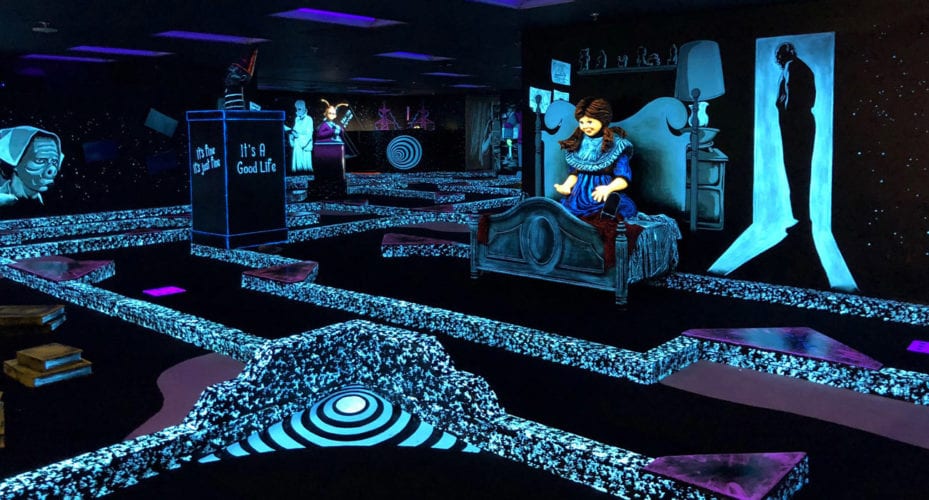 The classic television series that inspired Walt Disney World’s Tower of Terror attraction has now been immortalized in putt-putt form, as the first Twilight Zone mini-golf has opened at Bally’s Las Vegas. 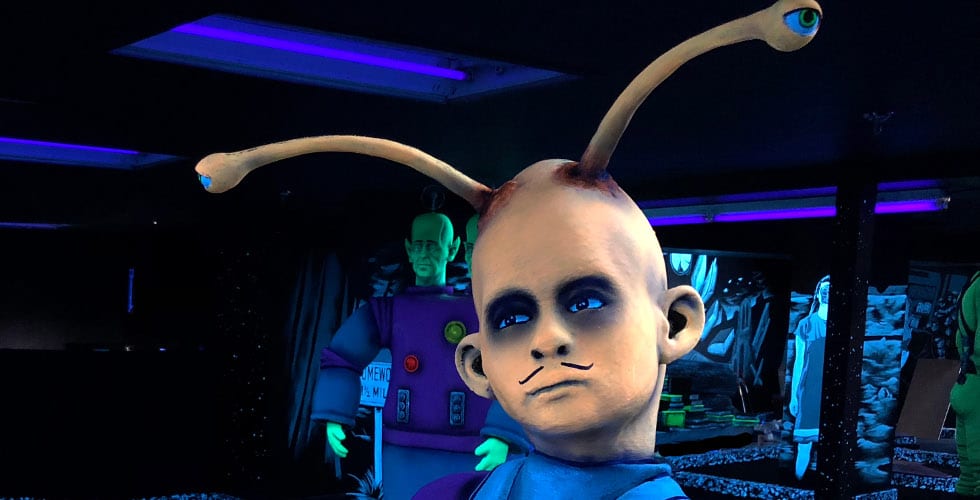 “From the prop makers to mural painters, the team has put in a lot of hard work to create this interactive entertainment experience,” said Christina Vitagliano, founder of Monster Mini Golf. “We are thrilled to have unlocked the door to the fifth dimension and look forward to bringing fun to locals and tourists alike.” 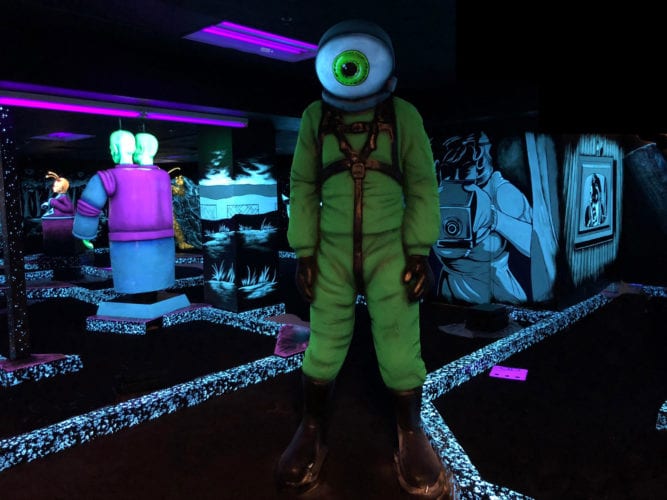 Under license by CBS Consumer Products and designed by Monster Mini Golf, the glow-in-the-dark venue features props entirely conceptualized by Vitagliano and her team as inspired by the television show. The venue is Monster Mini Golf’s second Las Vegas location and the only miniature golf course on the Las Vegas Strip.

First airing in 1959, The Twilight Zone television series ran on CBS for five seasons and consisted of episodes of unrelated dramas depicting characters dealing with paranormal, futuristic and other unusual events. The characters who found themselves dealing with these strange, sometimes inexplicable happenings are said to have crossed over into “The Twilight Zone.” 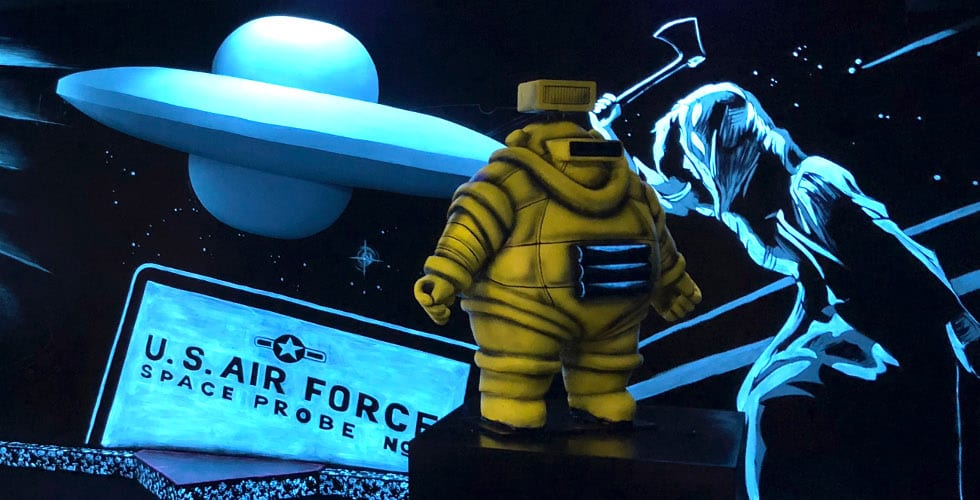 Pricing is free to enter the The Twilight Zone by Monster Mini Golf, with mini-golf available at $11.95 and $9.95 for Las Vegas locals. The company also operates KISS by Monster Mini Golf located in Rio All-Suite Hotel & Casino, featuring a themed environment of the rock band KISS, 18 holes of indoor glow-in-the-dark mini golf, a rock ‘n roll wedding chapel and the world’s largest KISS memorabilia gift shop. In addition, Monster Mini-Golf previously operated an Orlando-area location from 2009 to 2012. For more information about Monster Mini Golf, visit MonsterMiniGolf.com and watch this video: