I know this is a few days old, but here a short photo update from Epcot last Friday. 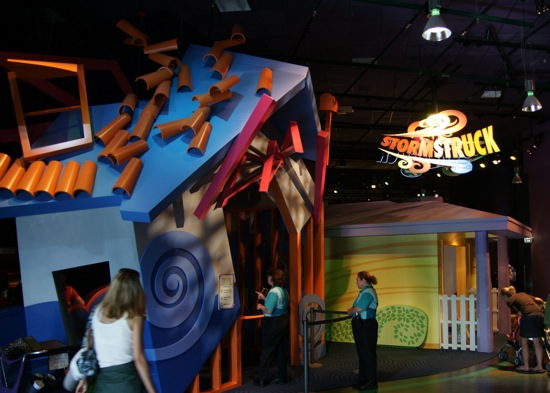 The first place we headed was to the new StormStruck exhibit. Who knew we’d be in a real storm just a few days later. Although so far, all Tropical Storm Fay has done to Orlando is bring a lot of rain. 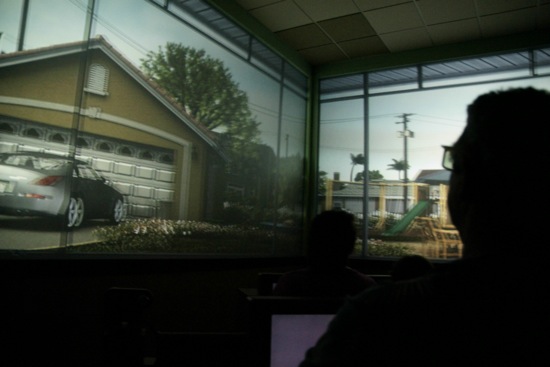 The exhibit is still being called a soft opening by the cast members. 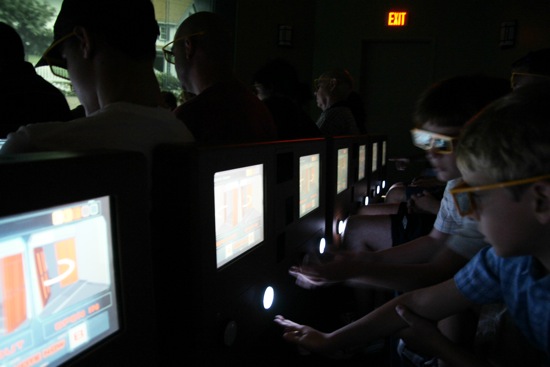 They ask you questions about preparing for hurricanes, but it doesn’t matter if you get it right, majority rules when watching a replay of the storm with the audience’s choices. 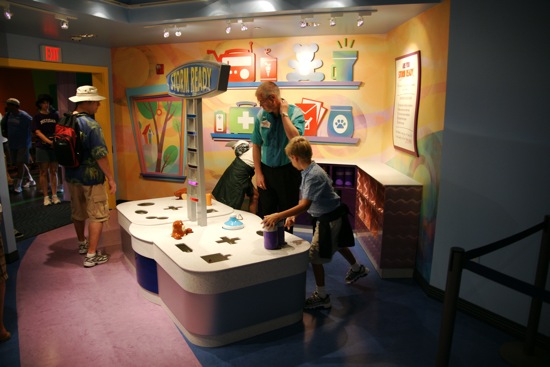 The post show lets kids pick out hurricane supplies. There’s also a touch screen with a quiz and ability to e-mail yourself a certificate. 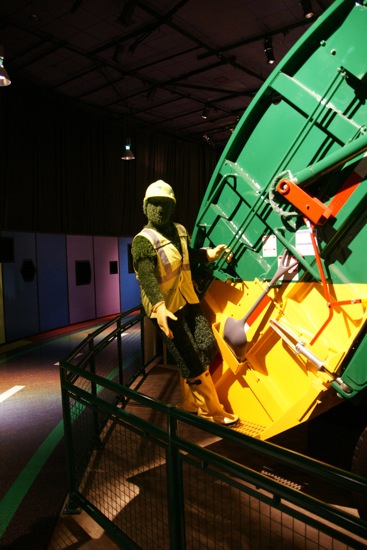 I don’t remember seeing this guy hanging from the garbage truck before. This is part of the Waste Management exhibit. 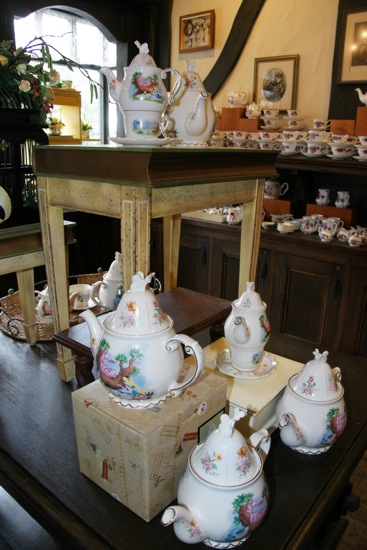 My wife was wanting these Alice in Wonderland teapots for sale in the U.K. tea store. 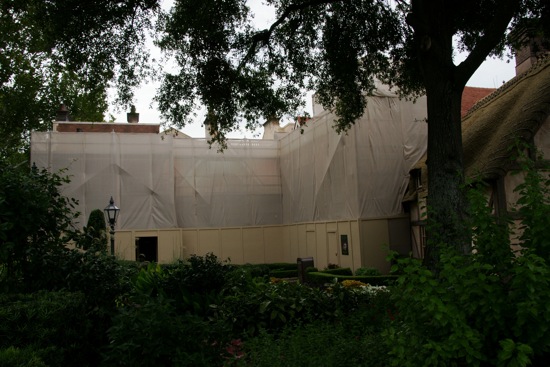 I’m not sure what they’re doing to the back of the shop. Probably just sprucing it up. 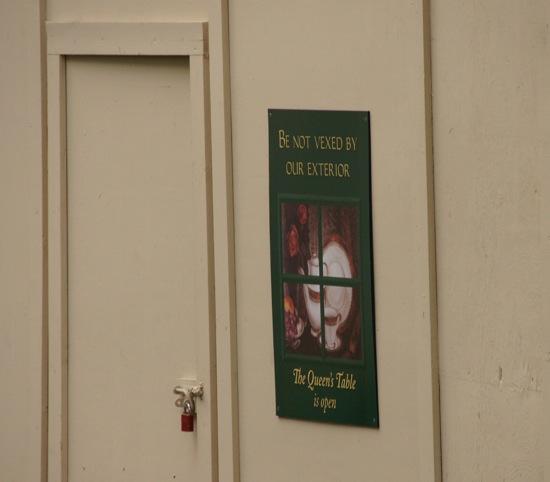 A look at the themed sign on the construction wall. 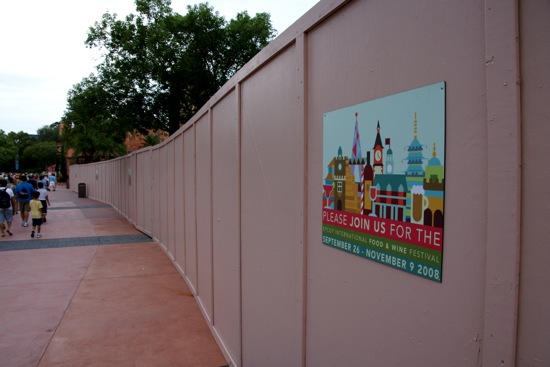 A lot of the usual areas were walled-up in preparation for the upcoming Food and Wine Festival. 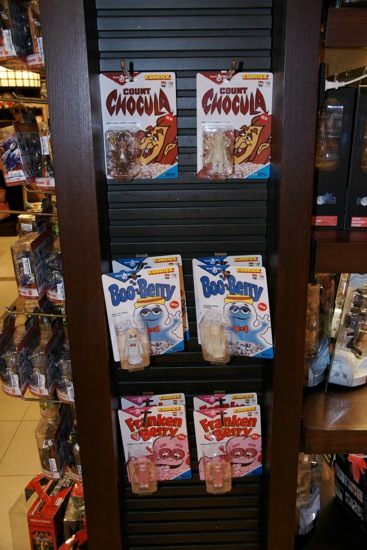 I really wanted to buy these in the Japan shop but they were priced too high for me at $25 each. 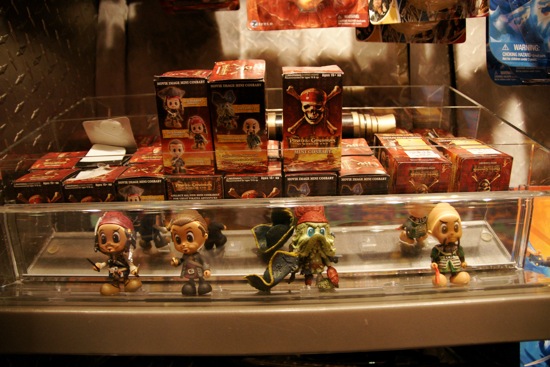 I saw these cute pirates in Mouse Gear. 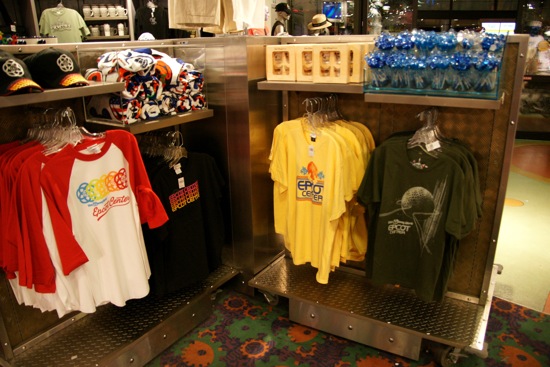 A look at some of the retro Epcot shirts on sale in Mouse Gear. I hated seeing the shirt on the right. That design was one of the exclusive shirts sold for Epcot’s 25th anniversary last year. I was proud of my “exclusive” shirt, but now it’s not so exclusive. But this one is a little bit different. It’s a different color and the small 25th logo that’s on the back of mine is on the inside on this one.

Photos and video from the Pokemon World Championships

Magazine lists free things to do in Orlando

Highly descriptive post, I enjoyed that bit. .Will there be a part 2?