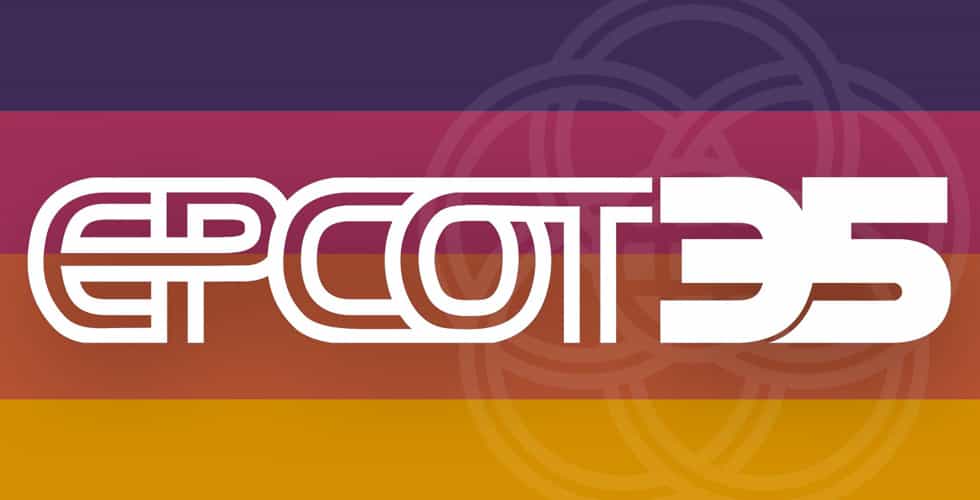 This Oct. 1, Epcot will celebrate their 35th anniversary at Walt Disney World. From Walt Disney’s vision of a perfect city, to the ever expanding park that now stands for his ideals, Epcot continues to head towards the future.

During this celebration, Epcot is preparing numerous ways to be a part of the party. We will be at Epcot that day covering the events via our website, YouTube channel and social media pages.

The anniversary celebration will come together on the Fountain View stage at 10:01 a.m. Here members from the Voices of Libery and the Mariachi Cobre will provide music and song for the special anniversary moment.

Later that night, a special edition of the Illuminations firework spectacular will light up the sky as the ending of the 35th anniversary celebration.

While both events are already sold out, some D23 members were able to purchase tickets to two separate events commemorating the anniversary.

The first, a “Fanniversary of Epcot”, will take place from 9am-4pm and includes panels with Disney Legends Tony Baxter and Bill Sullivan as well as Imagineers and Leaders from Epcot. It will also include a private viewing area for the 35th Anniversary Fountain Stage Ceremony and access into the one day only pop-up shop for 35th “I Was There” merchandise.

The second D23 exclusive event is a “Progressive Dinner Celebrating 35 Years of Epcot”. This event allows attendees to eat meals at numerous Epcot locations including The Living Seas Salon and the General Motors Lounge. Attendees will also have reserved viewing for the special edition of Illuminations, and end the night with a gift and behind the scenes tour of an iconic attraction.

Take a look at some of our YouTube videos about Epcot previous anniversary celebrations:

Mickey and his pals are ready to...