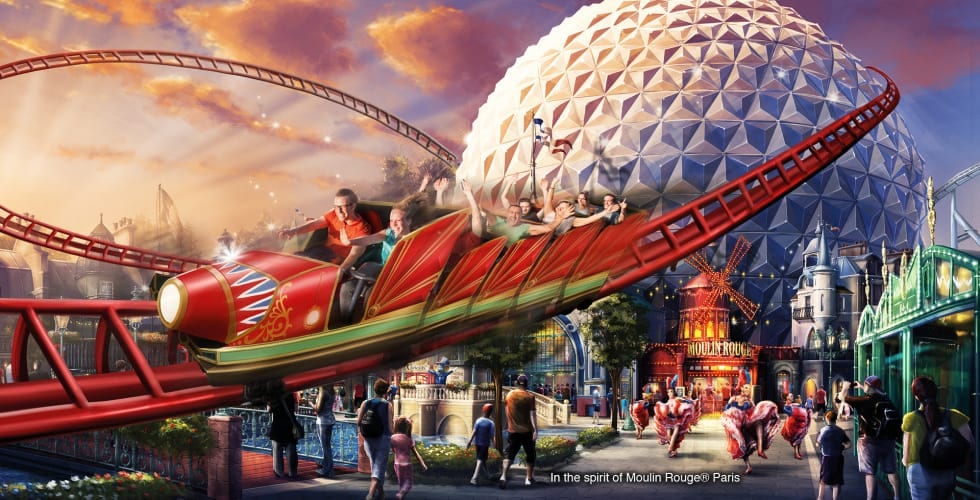 Germany’s Europa-Park and France’s Moulin Rouge are teaming up to turn Eurosat into the CanCan Coaster.

Hold onto your absinthe, because the famous Moulin Rouge dance hall in Paris is partnering with Germany’s Europa-Park to turn the iconic Eurosat ride into the new CanCan Coaster.

Europa-Park‘s Eurosat coaster, which is housed inside a futuristic silver sphere similar to Epcot’s Spaceship Earth, closed in Nov. 2017. It will reopen in summer 2018 as Eurosat CanCan Coaster. The partnership agreement was signed in Paris at the Moulin Rouge between Jean-Jacques Clerico, chairman of the Moulin Rouge and Michael Mack, managing Partner of Europa-Park.

The new attraction entrance facade will be an accurate reproduction of the Moulin Rouge at the Belle Epoque time. Inside, guests will enter a decorated space full of references to the Moulin Rouge and Parisian symbols, before boarding in the newly designed cars of the Eurosat CanCan Coaster for a dark thrill ride through of the City of Lights.

During Eurosat’s refurbishment, Waldkirch company is replacing the track with a 900 meter-long layout that will be very similar to the original design by Franz Mack. In addition, the reimagined Eurosat will offer two attractions in one, with a second entrance and slide-rail loading station being added to accommodate a new Eurosat Coastiality virtual reality option developed by MackMedia. 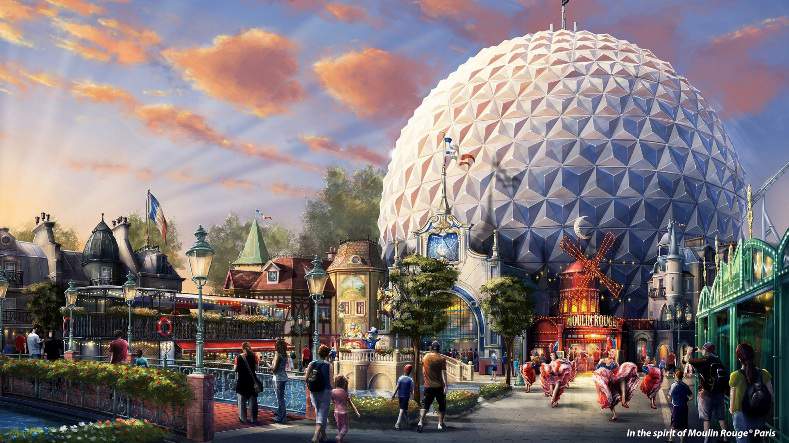 Europa-Park is run by the Mack family, owners of Mack Rides, and is Europe’s second most visited theme park behind Disneyland Paris. For more information on Europa-Park visit their English language website, and watch these videos to learn about Mack Rides’ upcoming Time Traveller coaster:

Celebrate the Year of the Dog at Shanghai Disney Resort

Predicting Disney Parks ticket prices for the next...

What are the top 25 theme park attractions...