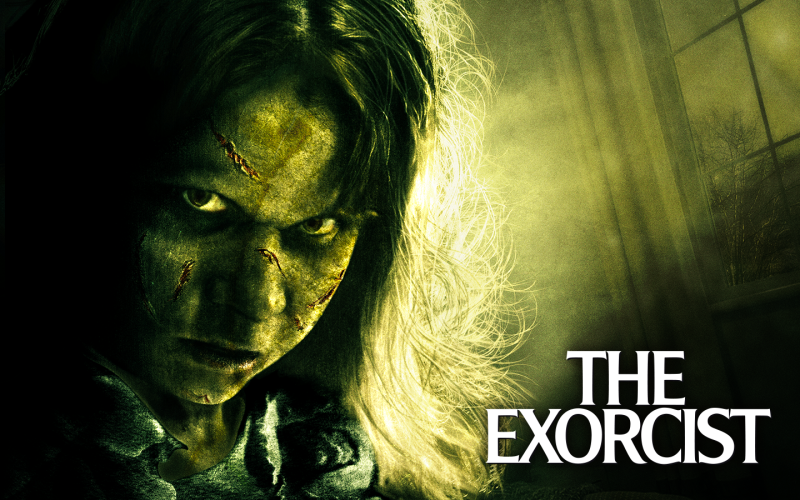 The Exorcist is coming to Halloween Horror Nights 2016 at Universal Studios.

Universal Studios set fans’ heads spinning today with their announcement that the 1973 film The Exorcist will be joining the lineup of haunted mazes at Halloween Horror Nights 2016.

The supernatural classic by director William Friedkin, widely recognized as one of the most frightening films ever made, has been glimpsed as individual rooms in past Horror Nights haunted houses, but this is the first time ever that an entire maze will be devoted to the movie at both Universal Studios Florida and Universal Studios Hollywood.

“The film is a benchmark in so many ways. It was the first horror film to be nominated for Best Picture. It helped lead the charge in a sequence of “demonic child” storylines. And it has often been replicated in many horror films today, irrefutably placing it among the kings of influential horror pop culture.”

Universal promises to break down each memorable scare from the screen and recreate them in immersive new ways, which posed some challenges for The Exorcist’s iconic “pea soup” scene, according to Aiello:

“What if we were surrounded in the materials of the retch-covered bed? What if those layers of mattress padding literally enveloped us? And let’s be honest, traversing through a vomit-covered bed is pretty horrifying and disgusting by itself. Now add a possessed girl into the mix!

“Just like this amazing film, the maze needs to overcome you—even possess you (wink)—with its visuals, characters and environments. It needs to force you on its horrific quest for this young girl’s very soul and spit you out the other side. That is our goal and we are beside ourselves with excitement at the opportunity to do so this year.”

The Exorcist haunted house, along with the previously announced Texas Chainsaw Massacre maze, will debut with Halloween Horror Nights when it opens in Orlando on Sept. 16, 2016. To tide you over until then, here is the official announcement video, followed by some of our 2015 coverage of Halloween Horror Nights:

Ripley’s Believe It or Not to hold...

Mini Megacon this weekend at the convention...