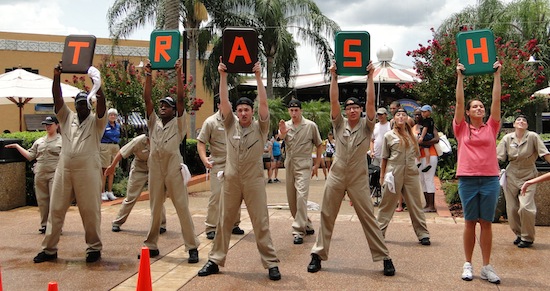 Today Busch Gardens debuted a new entertainment experience. Flash mobs will perform on a regular basis in the park providing unexpected experiences for guests. While times and locations of the mobs aren’t released, we happened to catch the first one today.

This one took place on the Zagora Café patio, which is in the front area of the park, but one of three different flash mob dances will be taking place in different locations around the park at different times this summer.

Today’s flash mob started out with a girl walking around with a heavy tray of food while singing her own lyrics to the tune of I Kissed A Girl by Katy Perry. She then drops her food and has a whole team of singing and dancing custodians clean it up, while break out in song and dance, parodying many different songs. Here’s video of the full performance.

This is just one of many new entertainment experiences for this year’s Summer Nights promotion. Also included is the Spritzer Squad, a crew of performers who “spritz” guests with cool water (once given permission, of course); street magic by Christopher Cool; and the returning show, Kinetix. 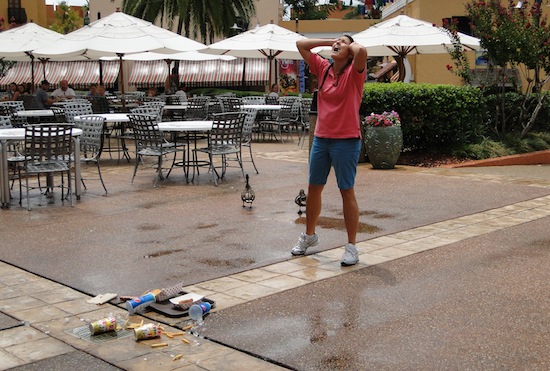 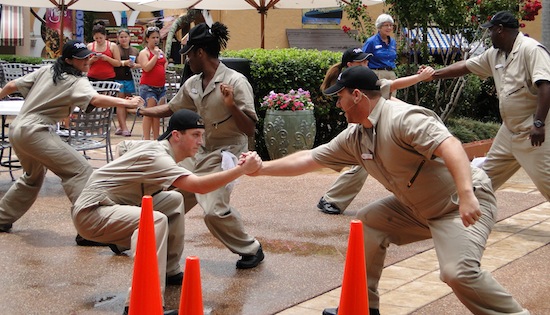 UPDATE – July 3, 2011: Spoiler alert! Here are videos of two more flash mobs that are being performed at the park:

Love the spontanius thing that is missed from most parks now a days.
I remember 24 years ago I walked into a fight/stuntshow of some cowboys in Magic Kingdom, that was realy magical. So I love this!

I can’t believe what a horrible attempt this is for “streetmosphere.” These need to be scrapped and they need to be rewritten. I wouldn’t even classify them as flash mobs but more like small performances.

EPIC site, I’m so glad I wandered onto it through google. I’m gonna have to
add another one to the old bookmark list.