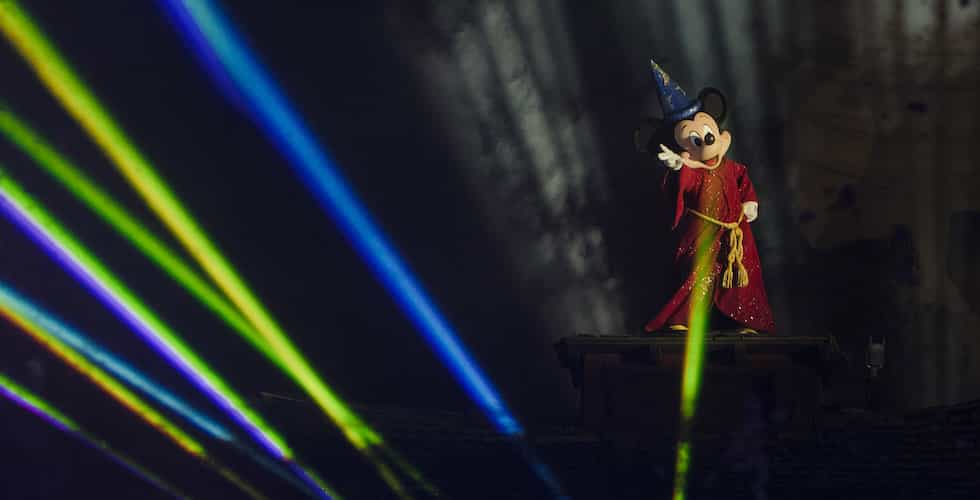 Disney’s longest-running and beloved nighttime spectacular, “Fantasmic!,” has returned to the Rivers of America in Disneyland Park with enhanced effects, state-of-the-art projections, and new storytelling elements.

On July 17, 2017, Disneyland’s 62nd birthday, “Fantasmic!” takes Mickey Mouse’s journey into his dreams to a higher level, with new scenes featuring Aladdin and Jasmine on their flying carpet, Rapunzel and Flynn Rider from “Tangled,” Captain Jack Sparrow, and appearances by characters from “Finding Nemo” and “The Lion King.”

Additional enhancements were added to improve the quality of the production, with brighter projections and new mist screens. The entire island stage for the show is digitally mapped with three-dimensional video and projection mapping to transform the island with the show. Each of the show’s elements, from the water screens to the lighting, has had technical upgrades.

Check out our preview footage from a special viewing of “Fantasmic!” for attendees to the Parks and Resorts Panel during D23 Expo 2017 below, as well as the full show from the premiere night on July 17, 2017: