Disney’s D23 official fan club is planning the first-ever D23 Expo to be held overseas this fall. D23 Expo Japan will be held at Tokyo Disney Resort from Oct. 12 through 14, 2013 featuring presentations by senior Disney creative executives showcasing what’s on the horizon from across The Walt Disney Company, including theme parks, movies, television, music and interactive gaming.

Fans will also be able to enjoy unique experiences including having the opportunity to purchase one-of-a-kind merchandise, meeting many of their favorite Disney characters and other specials. Expo ticketing and programing information will be announced soon. 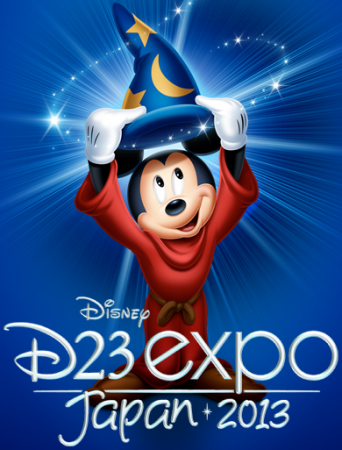 Further details will be posted at disney.jp/D23 as they become available. The next D23 Expo will take place Aug. 9 to 11, 2013, at the Anaheim Convention Center and will feature: the 2013 Disney Legends Ceremony; a special exhibit from the Walt Disney Archives; the Collectors Forum, and an all-new Fan Art Contest themed to the upcoming 50th anniversary of Mary Poppins, and a massive show floor. Orlando Attractions Magazine will have a table on the show floor in the Collectors Forum.

I find it interesting that the characters in these Japanese advertisements are just a *bit* off compared to how they’re generally drawn in North America. I’m somewhat surprised that Disney doesn’t keep a tighter reign on how their characters are drawn across their various international branches.

Work in Progress: An aerial view of...

The Weeknd adds an ‘After Hours Nightmare’...