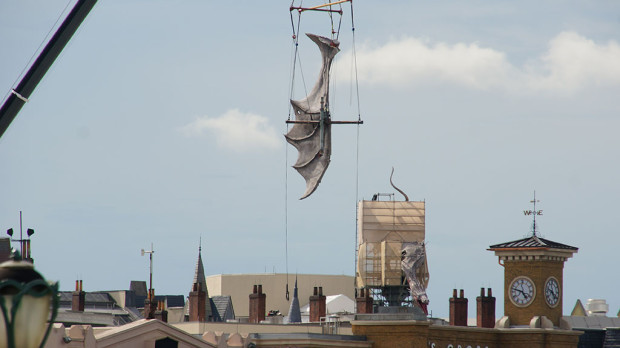 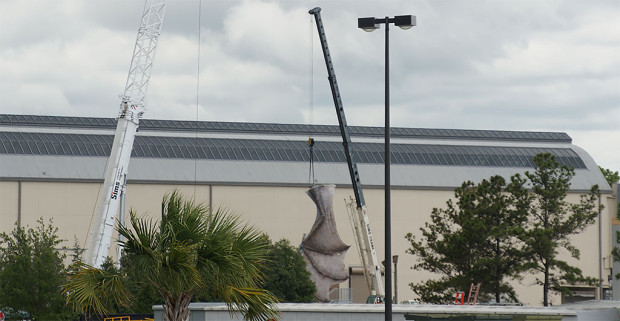 Here’s the wing in the early afternoon. The wing was raised to this position by a shorter crane. Then a positioning rig from a taller crane was attached to the wing. The smaller crane released the wing and was moved away. 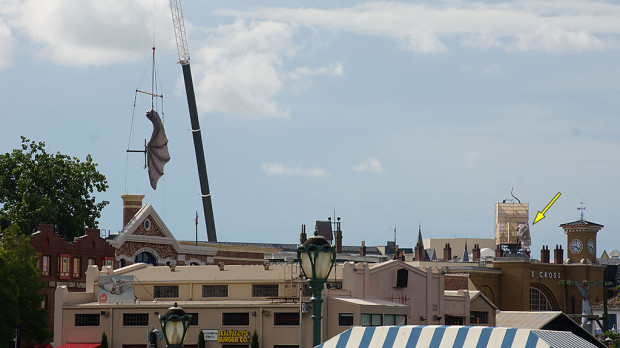 Here the wing begins its flight, hanging from the tall crane. The wing is being moved to the dragon body at right. The dragon body is partially hidden under scaffolding and netting. 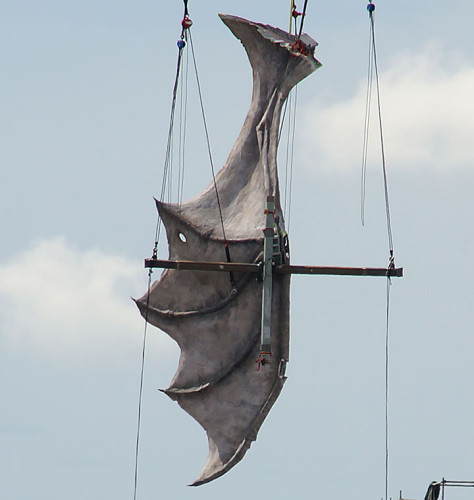 Close up view of the wing. 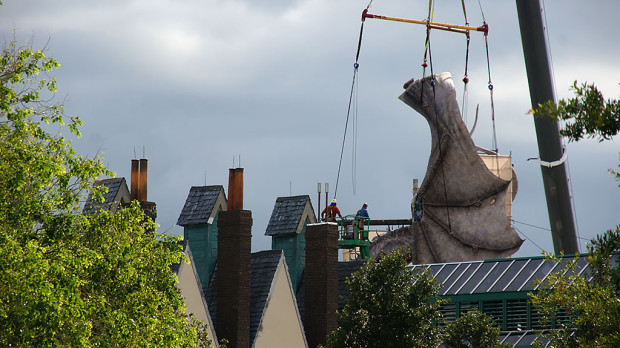 View of the wing being lowered into position, as seen from the Men in Black area. 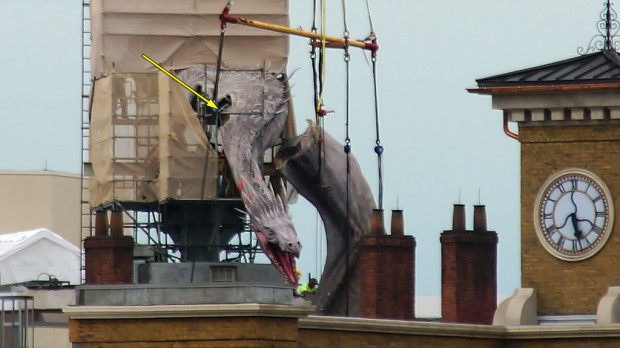 Slowly and carefully, the wing was moved into its socket. Yellow arrow points to the socket waiting for the other wing.

We have video of the wing being positioned here:

We have video showing the dragon body before it was hidden in the scaffolding here: