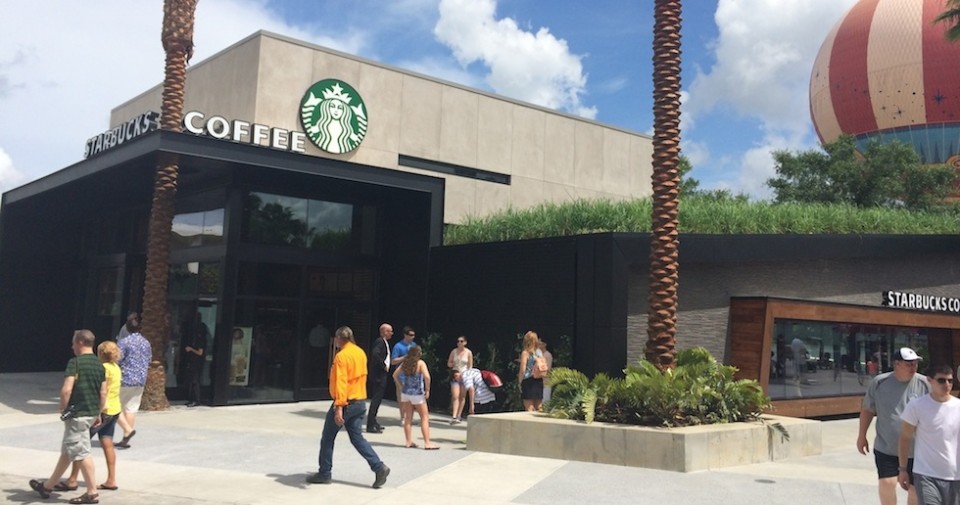 After years of speculation and old talk about an “Internet Cafe” coming to Downtown Disney, you can now relax and surf the web with a cup of java. Two new Starbucks locations have opened at the soon to be Disney Springs. But that’s not all that’s new at the ever-changing shopping center. 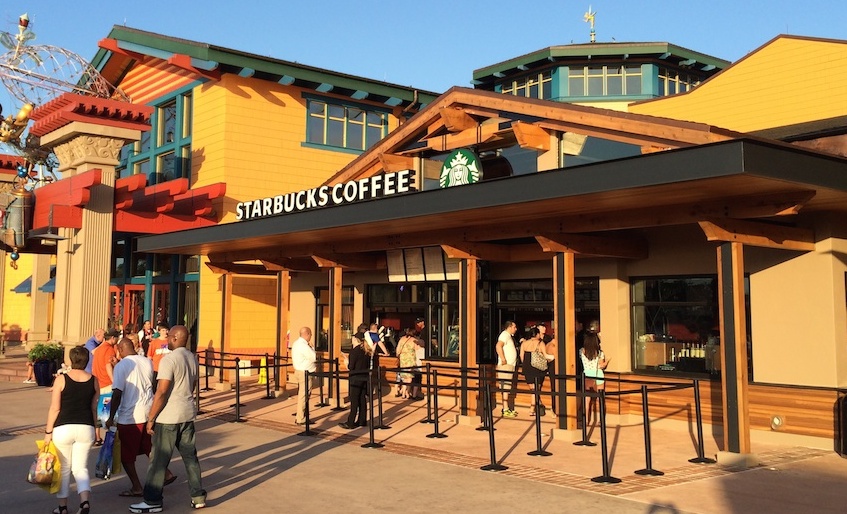 About a week ago, a Starbucks walk-up counter opened in the Marketplace. This location has just about everything the new larger Starbucks in the West Side has, except seating. But this location opens earlier at 8 a.m. Both locations offer a selection of breakfast sandwiches and pastries.

Here’s the outside of the new, large Starbucks in the West Side. Notice the grass roof, developed to be environmentally friendly and to keep the run-off directed away from the lake. This location is in the old Wetzel’s Pretzels and Häagen-Dazs store, but completely remodeled. (Don’t worry pretzel and ice cream fans, more about them later.) 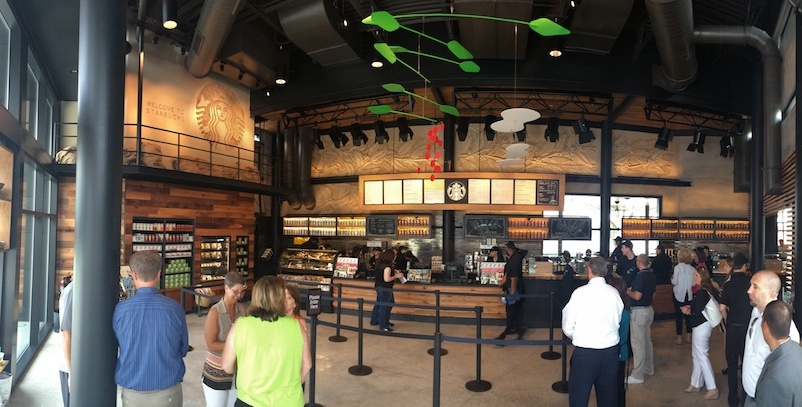 When you walk in you’ll notice the ordering area is much larger than the usual Starbucks. With Downtown Disney’s sometimes busy evenings, this should help get your order faster.

Here’s a Vine video clip of the cool touch-screen video wall inside. It allows you to see yourself as a chalk outline. You can tap on the screen to freeze it, then draw on the screen. There’s also a button on the bottom you can tap to see a live view of a similar screen at the Starbucks in Disneyland’s Downtown Disney.

“The store’s coffee passion wall video is rendered to look like an animated painting or drawing. That handcrafted look is a reflection of the handcrafted beverages we serve every day around the world,” said Bill Sleeth, Starbucks vice president of design for the Americas. “Disney and Starbucks challenged each other and the result is a beautiful, unexpected gathering place.” 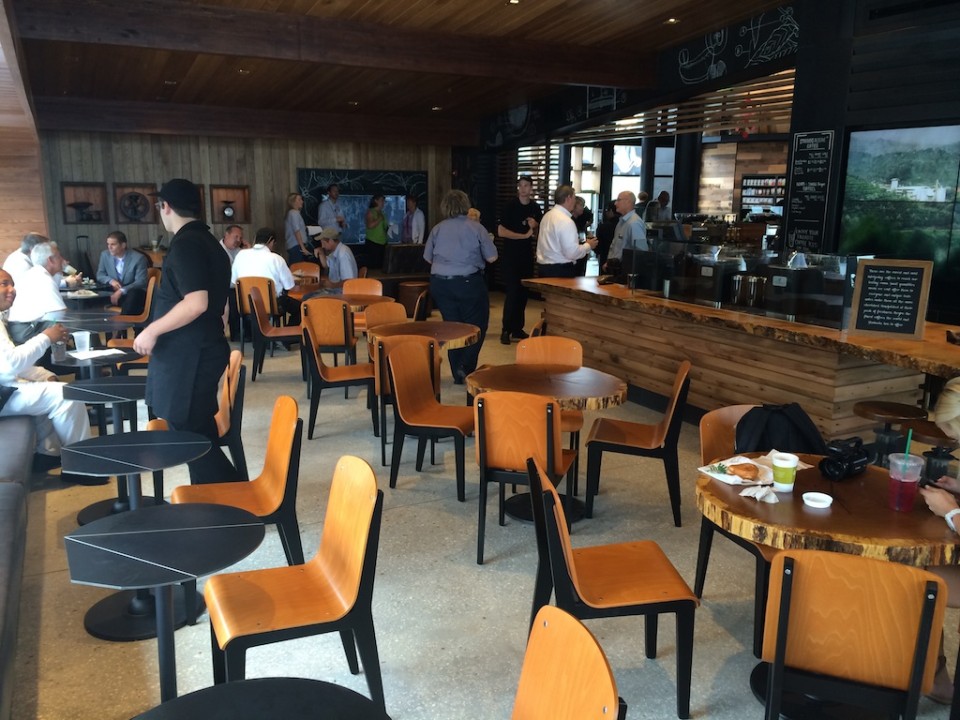 As you can see, there are plenty of seats in the air conditioning. There are tables and chairs as well as soft benches. Notice the counter to the right. That’s something you’ll only find in one other Starbucks in Orlando (Winter Park). This is where you can get some of the rarest coffees available as part of the Starbucks Reserve coffee line and Clover brewing system. Different kinds of specialty coffees will come and go from this area. 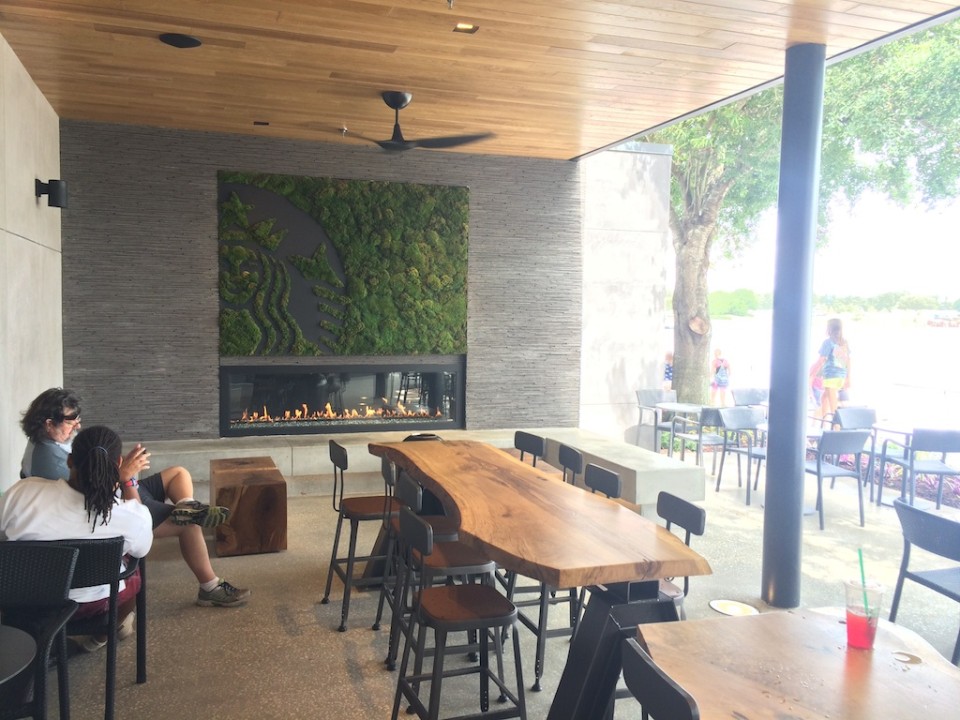 If you’d rather sit outside, there’s a patio featuring a fireplace, fans and a moss Starbucks logo mural. This area faces the lake. It’s a great place to sit and watch the Characters in Flight balloon going up and down.

Starbucks also has two other locations at Disney World – Main Street Bakery at Magic Kingdom and Fountain View at Epcot. Over the next year, locations will be coming to Animal Kingdom and Hollywood Studios. Look for our full report and interviews about the new Starbucks at Downtown Disney on a future episode of “Orlando Attractions Magazine – The Show“. 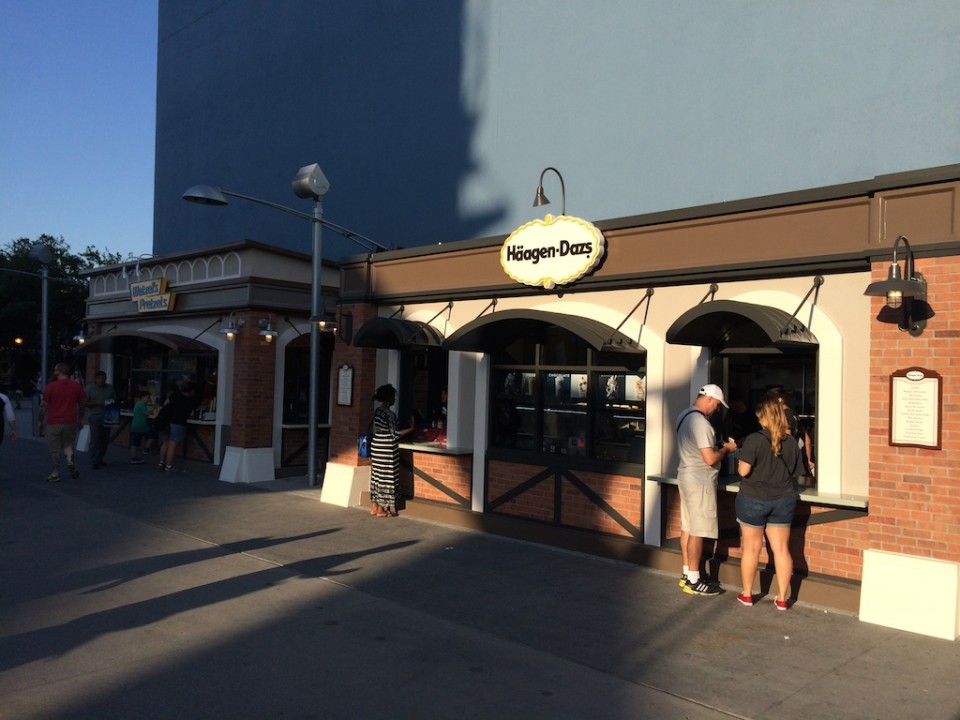 Although Wetzel’s Pretzels and Häagen-Dazs had to move out to make room for Starbucks, they have a new home down by Cirque du Soleil. Walk up to their individual stands to get your snacks. 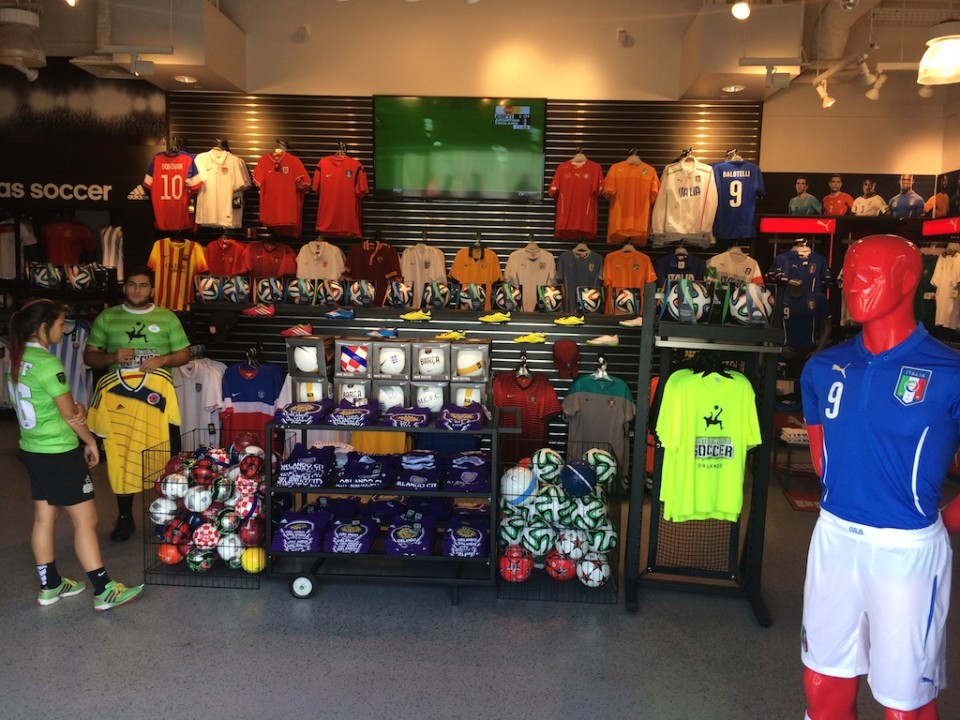 Next to open is expected to be the Marketplace Co Op, consisting of many different shops inside the old Team Disney location. For a preview of what you’ll find there, check out the May 29, 2014 episode of our show here: