Star Wars Thrawn Alliances is the sequel to Timothy Zahn’s Thrawn novel. The story is about an alliance between Anakin Skywalker and Grand Admiral Thrawn both during the Clone Wars and the height of Imperial rule. Both stories partially take place on Batuu, the planet represented in the theme park land being constructed at Disney parks. Here are five things we learned about Batuu from the novel. 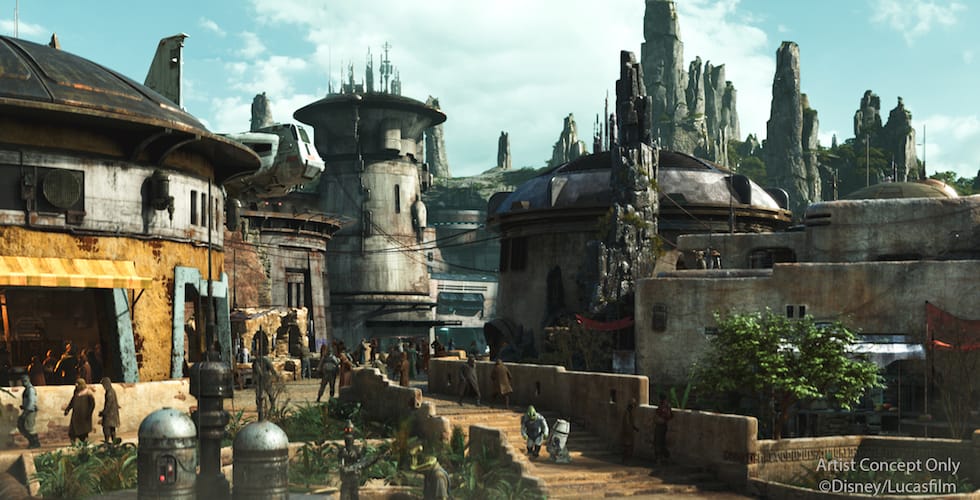 Black Spire Outpost is the name of the village inside of the upcoming Star Wars: Galaxy’s Edge at both Disneyland Resort in California and Disney’s Hollywood Studios at Walt Disney World. The new “Thrawn Alliances” book partially takes place on Batuu. Star Wars: Galaxy’s Edge will open at Disneyland next summer and at Disney World in late fall 2019.

1. After Ashoka left the Jedi order in the fifth season of the Clone Wars show, but before the upcoming sixth season, Thrawn met Anakin and Padmé on Batuu. Anakin went to the Galaxy’s Edge planet looking for Padmé after she went missing on a mission to rendezvous with a close informant. On his way to the Black Spire Outpost (The village represented in the new theme park land.), he met Thrawn, who offered him help in finding Padmé in exchange for information about the Clone Wars and the Republic for his home world, which is located in the unknown regions.

2. Grand Admiral Thrawn and Darth Vader were sent to Batuu years later during the peak of the Empire’s rule on a mission from Emperor Palpatine, to find a disturbance in the force. The outpost itself is described as having changed minimally over time, but the residents of Batuu described in this novel will most likely not be in the theme park land since the later part of the story takes place during the Rebels TV series, and the land park guests will visit will be inhabited by the First Order. 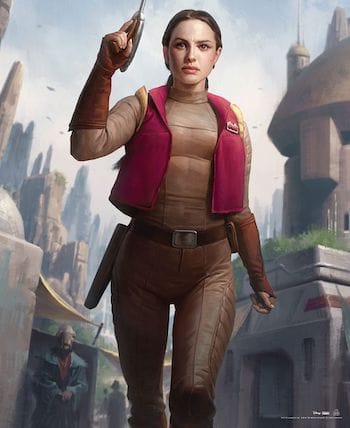 This official artwork that came with some editions of the book shows Padme on Batuu. The book describes her as wearing different clothes than pictured here.

3. The homes and businesses of Black Spire Outpost are built among the ruins of an ancient civilization and carved into the enormous petrified black trees that give the outpost its name. Some buildings are completely and partially within shells of older structures, while some are nestled against them.

4. Four species are dominant on Batuu; Humans, Darshi, Shistavanens and Jablogians. The Darshi are described as a usually nonviolent species despite having long clawed limbs and narrow heads and bodies. They also all carry a ceremonial knife at their side. The Shistavanens and Jablogians are not described in the novel, however a quick look at Wookiepedia (the Star Wars Wikipedia) tells us that the former species has the appearance of a werewolf, and the latter is a hairless, generally round species with red skin, pointed ears and short limbs.

5. The Black Spire Cantina’s bar was rigged to spray a sleeping gas onto the patrons when trouble arose. There are also two blaster burns on the wall behind the bar from a blaster that was shot at Anakin. Look for them when you visit. The rest of the cantina is dimly lit in this time period due to mostly shuttered windows. The bar itself serves Batuu Brew, Black Spire Brew, Blurrgfire, Toniray White, Andoan White and Morgan Tea (with or without alcohol.) It also features both indoor and outdoor seating. 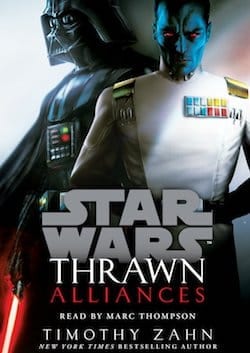 The average reader doesn’t need to read the first installation in the Thrawn series to read Alliances, but they’ll have a much greater understanding of the character if they do. The story shifts off of Batuu about halfway through and progresses to another outer rim planet called Mokivj. Who knows what planets we’ll visit on the Millennium Falcon ride? Could this be one of the pilot’s options?

Star Wars Thrawn Alliances is a fantastic book and contains some great new battles and wonderful storytelling, weaving the past and the even further past of the Star Wars universe together.

Attractions Adventures – Estonia and Day One in Russia

No mention of the magic bands on Mokivj?