The world of Batuu is forming right before our eyes ahead of its 2019 opening at Walt Disney World and Disneyland Resort, and this time, we have another new connection to the planet: Padmé Amidala. 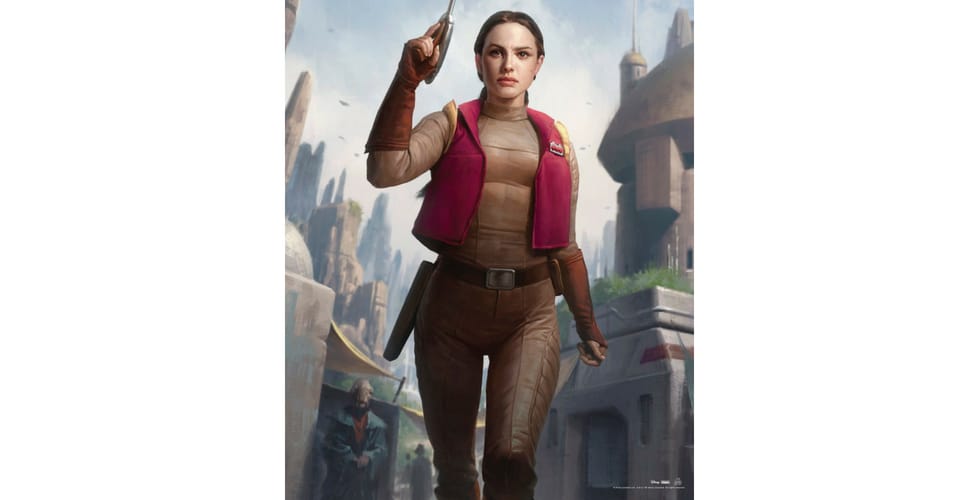 A look at poster art of Padmé on Batuu, part of the Barnes & Noble exclusive edition of “Thrawn: Alliances.”

As Star Wars fans know, the future mother of Luke and Leia has never been one to turn away from a fight, whether it be on the senate floor with her words, or in an arena with her blaster.

In the follow-up novel to Timothy Zahn’s bestseller “Thrawn,” the former Queen of Naboo will make an appearance for a mission alongside Anakin and Thrawn in “Thrawn: Alliances,” out July 24.

You can read an excerpt of the new novel now on the official Star Wars website, and preorder the book’s exclusive edition at Barnes & Noble, complete with poster art of Padmé on Batuu.

Get your hands on “Thrawn: Alliances” and learn more about its connection to Batuu when it hits bookstore shelves on July 24.