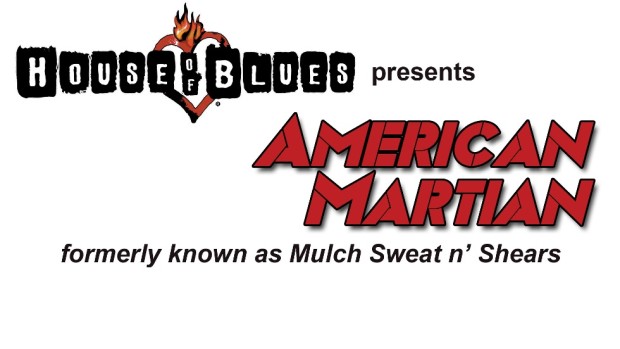 Fans of the old Mulch, Sweat & Shears band will want to see “American Martian” in concert on Jan. 8, 2016 at House of Blues Orlando at Disney Springs.

American Martian is a band featuring Jim Doyle, Matt Bloodwell, CC Dixon, Paul Smith and Tony Manna from the former Disney’s Hollywood Studios show Mulch, Sweat & Shears. This is a free, all ages show that’s part of the new Open House Series at House of Blues Orlando. The concert will be from 7 to 11 p.m.

See the full, final performance of Mulch, Sweat & Shears in our video below: