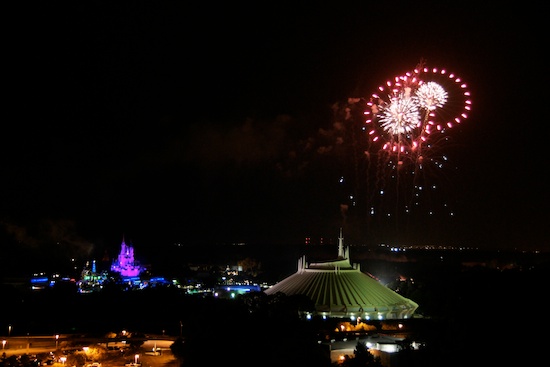 Many of Orlando’s theme parks have announced their fireworks shows for July 4, 2010. It’s one of the busiest days of the year for the theme parks so be prepared to join a crowd.

Magic Kingdom
“Celebrate America Fireworks” will fill the sky at 9 p.m. July 4. (Guests who’d like to begin the celebratory weekend a day early can enjoy the special fireworks on July 3 at 9 p.m.) After the fireworks, guests can enjoy Disney’s “Main Street Electrical Parade” of lights, music and magic at 10 p.m. and midnight on July 4 (on July 3, the parade will be at 10:30 p.m.). Park hours on July 4 are 8 a.m. to 1 a.m.

Disney’s Hollywood Studios
Special fireworks set to a rock ‘n’ roll soundtrack will be presented at 9:50 p.m. on July 4, providing guests with a bonus nighttime entertainment extravaganza to complement “Fantasmic!” (which will be at 9 and 10:30 p.m.). Park hours on July 4 are 9 a.m. to 10 p.m.

Epcot
“IllumiNations: Reflections of Earth,” which features special effects, colorful lasers, fireworks, and fiery torches all choreographed to a musical score, becomes even more dynamic on July 4 as the normal show is supplemented with a patriotic finale. The performance begins at 10 p.m. Earlier in the day, guests will be treated to the Voices of Liberty 4th of July Concert – featuring an expanded cast of singers plus the Spirit of America Fife and Drum Corps and Disney characters – at 12:30, 1:45 and 3 p.m. on the America Gardens Theatre stage. Park hours on July 4 are 9 a.m. to 10 p.m.

SeaWorld
In addition to the SeaWorld After Dark events going on all summer, the 13th Army Band, Florida National Guard will perform at Bayside Stadium prior to the fireworks finale. This 40-piece band, known as the Governor’s Own Band, will entertain the audience with classic and current tunes, gearing them up for the special Fourth of July Reflections show featuring additional fireworks timed to patriotic music. Performance begins at 9:45 p.m. Park hours on July 4 are 9 a.m. to 11 p.m.

Universal Studios
Starting on July 4 and running most nights through Aug. 8, Universal will present their Universal 360 – A Cinesphere Spectacular. This cinematic show combines projection technology with lasers and pyrotechnics to bring the movies to life. Park hours on July 4 are 9 a.m. to 10 p.m.

Busch Gardens
Fireworks will light up the sky on July 3 and 4. That’s in addition to the nightly summer rock show, Kinetix, each night at 9 p.m. in Gwazi Park. Park hours are extended until 10 p.m. July 3 and until 9 p.m. July 4.

Disney's Celebrate America - 4th of July Concert in the Sky

For an idea how crowded it can get in the theme parks that day. Here’s a quick video of Magic Kingdom’s Main Street USA on July 4 last year.