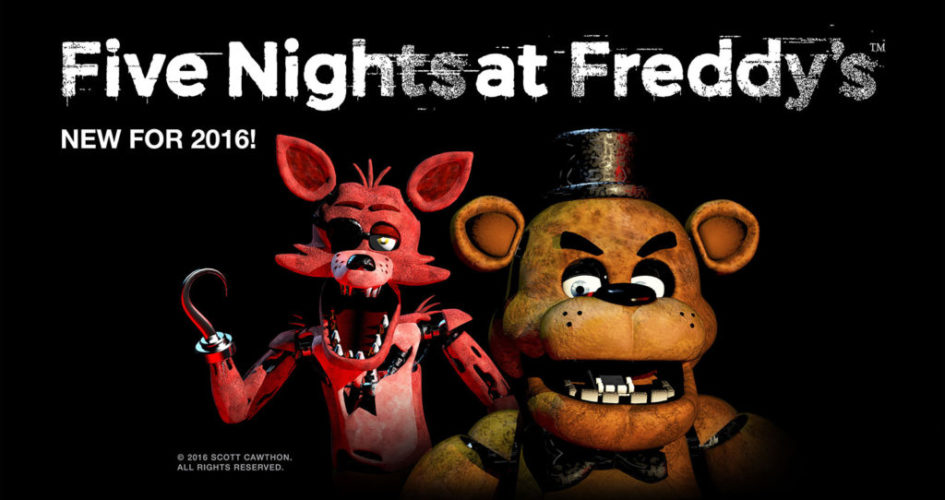 Five Nights at Freddy’s comes to life as a haunted house in Fright Dome at Circus Circus starting September 30.

Fright Dome at Circus Circus in Las Vegas is celebrating its 14th anniversary by teaming up with Scottgames, creators of the Five Nights at Freddy’s video game series, to theme one of its six haunted houses.

Beginning Friday, Sept. 30 Fright Dome takes over all five acres of The Adventuredome theme park at Circus Circus with haunted houses, scare zones, rides and more. Fright Dome has been ranked as one of the top 10 haunted attractions in the nation by USA Today’s 10Best and recognized as one of the nation’s best haunted attractions by Travel Channel.

“As we kick off our 14th year here on the Las Vegas Strip I am truly humbled by the overwhelming success of Fright Dome,” said Jason Egan owner and creator. “This year has been a whirlwind for myself and my team, from launching a new feature film to creating another haunted attraction in Boston. Through it all our fans are the ones that keep us going. The support that we have received over the years is incredible and I hope it continues for years to come. Teaming up with Scott Cawthon to design a Five Nights at Freddy’s themed attraction is a tremendous opportunity and the scenario that we are creating is sure to be a fan favorite.”

Five Nights at Freddy’s is a series of horror-themed video games in which players takes on the role of an overnight security guard at Freddy Fazbear’s Pizza, a family restaurant and arcade. At night, the restaurant’s life-sized animatronic characters, including Freddy Fazbear, Bonnie, Chica and Foxy, wander the restaurant. Launched in 2014, the series includes three sequels and has been optioned by Warner Bros. for the development of a feature film.

Inside this interactive haunted house — the first in the world based on the Five Nights at Freddy’s franchise — guests will be given a room by room tour by the on-duty security guard and must keep their eyes peeled for lurking shadows, movements, and noises from the notorious characters residing within.

Also new for the 2016 season, Egan has again teamed up with Hollywood FX guru Gary J. Tunnicliffe to darkly transform Christmas in the all new Krampus’- Not So Silent Night haunted house. Guests will enter the dark world of Krampus- the legendary horned demon counterpart to Santa Claus known for terrorizing and holding captives in his lair. High above The Adventuredome floor this house features high-tech FX, customized characters, snow, and Christmas smells. Over the years Tunnicliffe has been responsible for the makeup, props and special effects for more than 60 feature films including franchises such as HELLRAISER, HALLOWEEN, CANDYMAN, EXORCIST, BLADE, SCREAM and many more.

Guests upgrading to Fast Pass or a VIP tour this season will be granted entry into the isolation-style haunted house Ouija, where they will be separated them from their group inside an abandoned hospital filled with awakened spirits.

Fright Dome is open from 7 p.m. to midnight Sept. 30 – Oct. 31 on select nights. General admission tickets start at $36.95 with additional fast pass upgrades starting at $20 allowing express line entry for all six haunted houses. Updates on Fright Dome are available online at frightdome.com, and you can get a preview of the Five Nights at Freddy’s experience in this promotional video:

Is fnaf haunted attratcion still available for 2017 or was this a one time thing? N wut r the available dates n prices for this year?