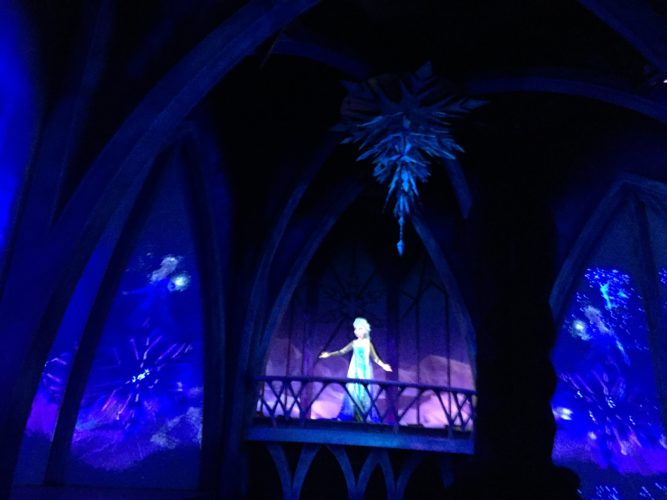 Frozen Ever After is now open in Epcot, and you can enjoy it without a wait with our POV videos. (Photos by Tharin White)

For the first time in forever (or at least a couple years) guests at Walt Disney World’s Epcot got to enter World Showcase’s Norway pavilion yesterday and experience a magical boat voyage, because the new Frozen Ever After ride is now officially open and we have exclusive low-light point-of-view videos of the brand new attraction.

Over 20 months after Disney ended operations of Maelstrom, the original Norwegian boat ride that opened with the Epcot pavilion in 1988, Imagineers have expanded and re-imagined the gentle multi-directional flume ride with characters and songs from the 2013 mega-hit movie Frozen. As expected, the ride’s reopening day on June 21, 2016, attracted enormous crowd, with a standby wait time of 300 minutes (5 hours!) posted shortly after park opening. The line grew so long that the standby queue was shut down entirely for several hours, with only FastPass+ holders — who still waited 30 to 90 minutes for the attraction — permitted to enter. 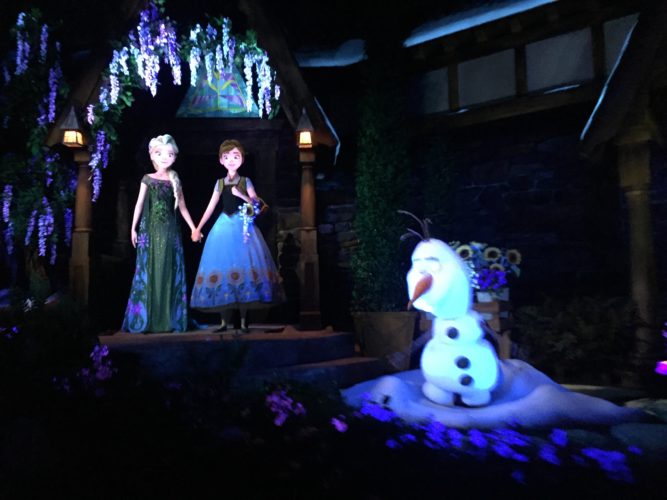 Multiple breakdowns and evacuations during the day further reduced the Frozen Ever After ride’s already modest throughput capacity on opening day, but those who got to experience it have been raving about the extended show scenes, fluid animatronic characters, and digital projection mapping effects. 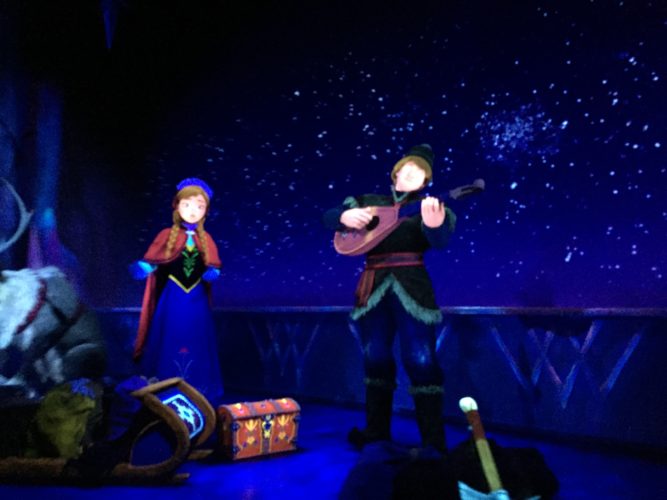 Frozen Ever After continues to attract big crowds today, and FastPass+ availability is extremely limited throughout the next 30 days. But you can virtually experience the ride for yourself without the wait thanks to this low-light POV video we recorded on opening day:

If you are curious exactly how the attraction did (and didn’t) change since it’s Maelstrom days, watch this fascinating split-screen video comparing the old and new versions of the ride:

Frozen/Maelstrom Side by Side Comparison at Epcot

This is great ! What camera was used to film this ?

Bend the Knee at ‘Game of Thrones’...