Game of Thrones: The Touring Exhibition to bring the Seven Kingdoms across the world 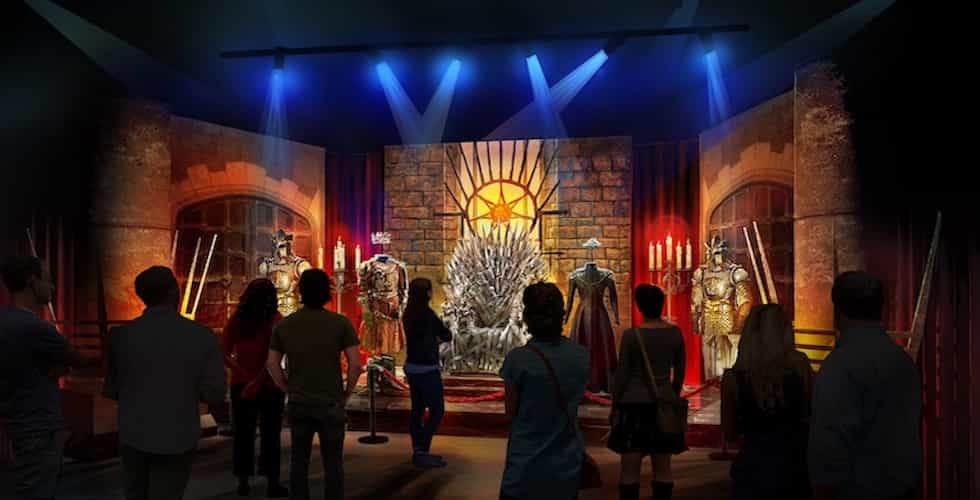 Game of Thrones: The Touring Exhibition will begin its journey around the world this fall.

The blockbuster series “Game of Thrones” is taking a journey on the King’s Road this year with a brand-new touring exhibition, inspired by and filled with artifacts and images from the HBO series.

This event will give fans an up-close look at authentic props, set decorations and costumes from the show in a 10,000-square foot interactive experience. The worldwide tour kicks off this fall in Europe, with the first official stop to be announced at a later date.

The exhibit will feature a mix of immersive environments, multimedia and interactive content, as guests experience the lands of Essos and Westeros, and the trials and tribulations of their kings and men.

Some of the displays fans can expect to see are:

“‘Game of Thrones’ has truly become a worldwide phenomenon, with fans avidly watching the show throughout all corners of the globe,” said Jeff Peters, Director of Global Licensing for HBO. “[…] We think this exhibition is going to be something fans will love, regardless of which part of the world they call home, and we’re excited to give them the opportunity to visit and celebrate the incredible craftsmanship of the talented ‘Game of Thrones’ production team.”

Additional information on Game of Thrones: The Touring Exhibition, along with its upcoming tour stops, will be released at a future date.

‘Harry Potter and the Goblet of Fire’...