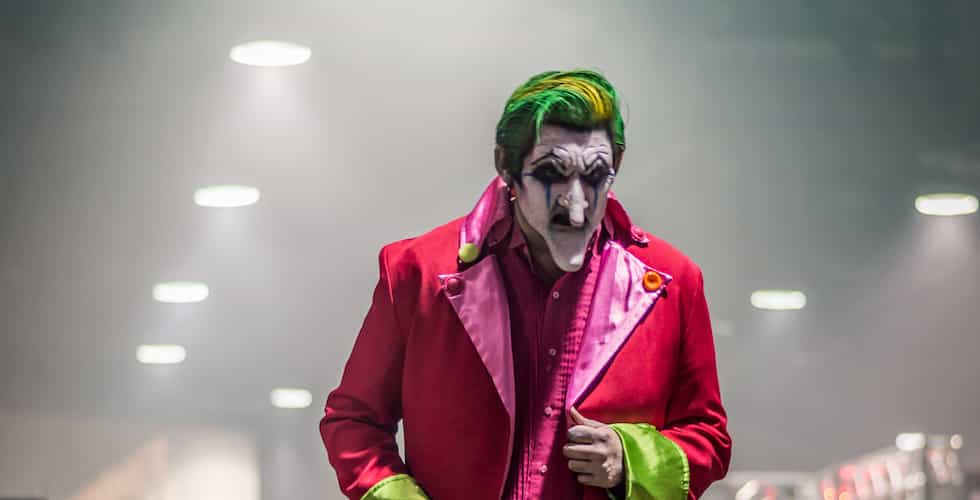 Over 8,000 fans showed up for the debut of the Midsummer Scream Halloween Festival last year, and this year’s festival is set to be bigger and better, with more scares and all things horror coming to the Long Beach Convention Center from July 29-30.

Midsummer Scream brings more than 100,000 square feet of vendors, haunted attraction previews, film screenings, live entertainment and more, as well as a dark zone known as the Hall of Shadows. The festival is a joint effort from the teams behind Theme Park Adventure and CreepyLA.

“We are thrilled to return to Long Beach this summer after such an exciting first year in 2016,” said David Markland, Midsummer Scream’s Executive Director. “Halloween and horror go hand-in-hand, and nowhere is the fan dedication to both more intense and heartfelt than right here in Southern California. Building on everything we learned from last year’s convention, our team has worked tirelessly over the past 12 months, preparing to take Midsummer Scream to a whole new level for this community.”

The highlights of this year’s festival will definitely be its lineup of panel presentations. This year’s biggest stage is the Terrace Theater, with a 3,000 seat capacity. The lineup of panels include:

Midsummer Scream’s second stage, which can seat 750 guests, will also offer its own lineup of presentations:

Also coming to Midsummer Scream this year are two unique theatrical productions by Los Angeles-based companies Zombie Joe’s Underground Theatre Group and Force of Nature Productions. Zombie Joe’s will present a special version of their “Urban Death” show, while Force of Nature will make their debut with “Fallen Saints: Dia De Los Muertos,” which explores the origin of one of Mexico’s greatest folklore tales.

As an added element of fear, the Hall of Shadows will take over one third of the convention show floor, allowing guests to experience and preview more than a dozen home and professional haunts every day.

Celebrity guests will also be available for meet-and-greets throughout the weekend, including Cassandra Peterson (Elvira, Mistress of the Dark), Kane Hodder (Jason Voorhees from four of the “Friday the 13th” films), among others.

“In just a few weeks,” said Markland, “the Halloween season officially begins here on the West Coast; Long Beach has proven to be the perfect home for us, and we’re incredibly excited to lead the charge with the best fans in the world.”

For more information on the festival, and to purchase tickets, visit midsummerscream.org.

Game of Thrones: The Touring Exhibition to bring the Seven Kingdoms across the world

Photos: Nights of the Jack is full of...

Dole counts down to Halloween with ‘Monsters, Inc.’-inspired...

Go Behind the Themes and see how...