Gay Days has become one of Orlando's largest attended events 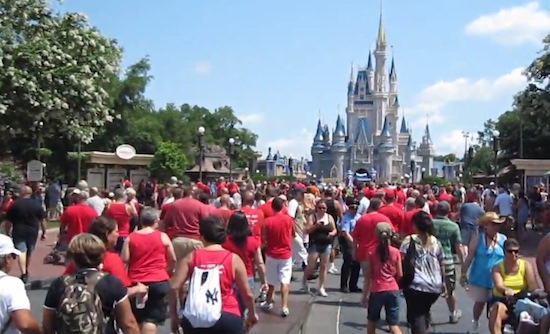 What began with controversy 20 years ago is now one of Orlando’s top events each year, with attendance larger than many of the biggest convention groups. It started as just one day at the Magic Kingdom and has expanded to a multi-day event at multiple parks.

Gay Days began in 1991 as a single designated day (the first Saturday in June) when the lesbian, gay and bisexual community and friends were encouraged to “Wear Red and Be Seen” while visiting the world’s most popular theme park. Now young, old, all races and beliefs, parents, friends and others attend each year.

The theme parks are the big draw for Gay Days guests, but hotels and smaller attractions also offer deals and travel packages. One of the large convention hotels on International Drive with three separate pool areas was completely booked to Gay Days guests. The Gay Days expo was also held there with booths hosted by vendors ranging from home improvement, to personal care, to entertainment and travel.

The below video shows one reason why Gay Days is so popular: Orlando has the biggest collection of fun anywhere! It’s just another way people come to Orlando for a good time.

Out of the Loop: Two notable Memorial weekend park openings