Out of the Loop: Two notable Memorial weekend park openings 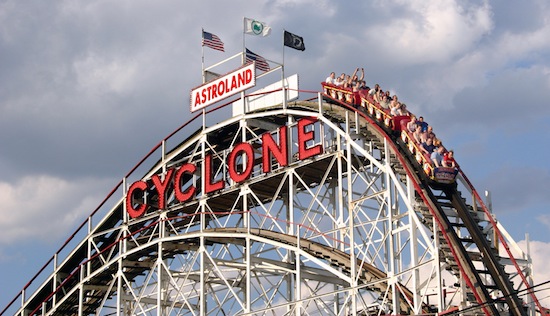 On Sept. 7, 2008, Astroland at Coney Island in New York closed. While the classic Cyclone roller coaster remained (it’s a historic landmark), the amusement park that stood as an institution since 1962 was gone. The good times of a generation were a memory. The land was destined for condos or worse yet – nothing. 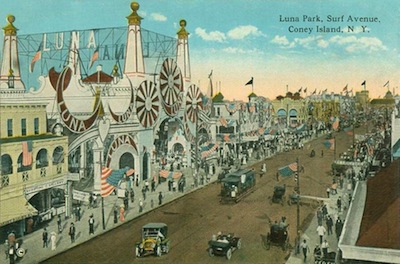 The Coney Island area has been a political storm that frankly, I do not want to discuss here. Despite the years of questions, Luna Park opened this past weekend on the site formerly occupied by Astroland. The name Luna Park is a nod to a historical Coney Island amusement park of the same name that operated from 1903 to 1944. There are 19 attractions planned for the park, many of which opened this weekend. The park is hoped to be the first step in the revitalization of the Coney Island entertainment district.

The best resource for images and other information on Luna Park that I have found is their Facebook page.

Another significant park opening takes us across the country to the greater San Diego area. Carlsbad is home to the Legoland California Resort. Legoland has been long recognized as a top park for families with children from 2 to 12 years old. A water park was built in part due to guest demand. The resort now has three components: Legoland California, Sea Life Aquarium, and Legoland Water Park. 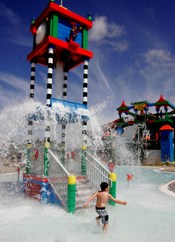 Legoland Water Park’s grand opening was on May 28, 2010. The $12 million park sits on 5.5 acres on the north end of Legoland, adjacent to Fun Town. The attractions installed are what one would expect from a modern water park including a family raft ride, tube slides and a lazy river. There is a toddler area that includes a toddler-sized lazy river and slides for smaller guests.

Guests have many ticket options, but one can add the water park to the base Legoland ticket for an additional $10, or the water park and aquarium for $20 above the base ticket. For the money, I’d get the second ticket listed and add a second day for $5.

As Orlando attraction fans, we should watch the development of Legoland California closely as the opening of Legoland Florida looms in the not so distant future – around October 2011.

Photo Update: Another day in the Wizarding World of Harry Potter

Gay Days has become one of Orlando's largest attended events