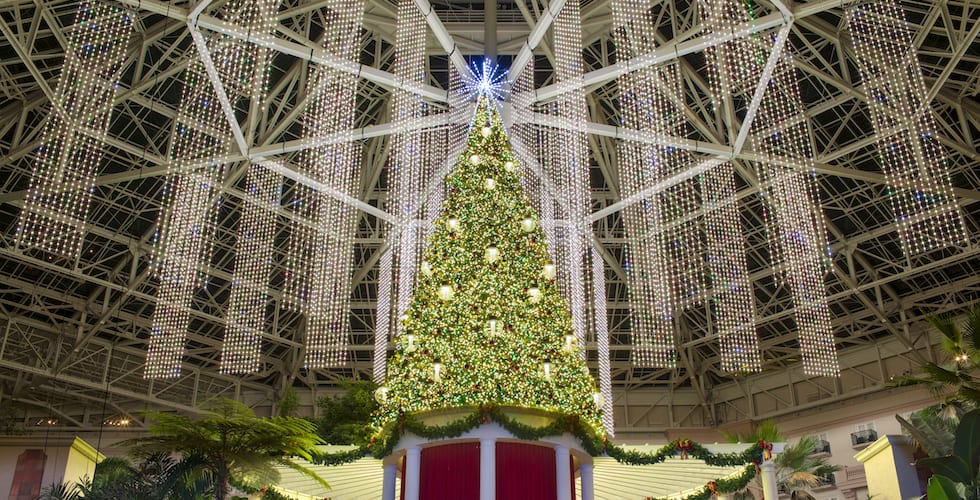 Gaylord Palms will introduce a new holiday experience with their Sounds of the Season Concert Series.

The holidays at Gaylord Palms Resort will bring in even more joyful noise with the new Sounds of the Season Concert Series, performed onstage in the St. Augustine Atrium.

The concert series will feature a cappella concerts from Gaylord Palms STARS (made up of resort staff), Orlando Gay Chorus, local group Voctave, as well as a collaboration between Opera Orlando, Orlando Philharmonic and the Orlando Ballet.

All performances will include a special concert patron-exclusive visit to the resort’s ICE! attraction after the show. Tickets for each concert start at $29.99, plus tax.

Performances during the Sounds of the Season Concert Series include:

A multicultural sonic celebration of the holidays, featuring eight talented vocalists with cultural backgrounds as varied as their talents.

The Orlando Gay Chorus is comprised of over 100 lesbian, gay, bisexual, transgender and straight members, on a mission to change the hearts and minds in Central Florida and all over the world, offering a chance to build bridges of equality, love and understanding.

“Amahl and the Night Visitors” performed by Opera Orlando, Orlando Philharmonic and the Orlando Ballet

This special 45-minute performance of the first opera written for television features a young crippled boy who is visited by the Three Kings on their way to see the newborn Jesus Christ. The opera is sung in English, and set in the town of Bethlehem. This production at the Gaylord Palms boats a full cast from Opera Orlando with a 12-member adult chorus and five youth chorus members, and original choreography from two dancers of the Orlando Ballet and a character ensemble from the Orlando Philharmonic.

This local a capella group, formed in 2015, has performed all around the world with many different artists. They’re releasing their second Christmas album this holiday season.

To purchase your Sounds of the Season Concert tickets, visit their website.

‘Home for the Holidays at Carolwood’ exhibit returns to Walt Disney Family Museum on Nov. 9