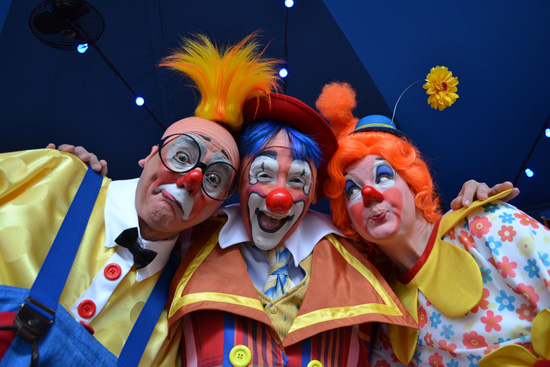 The Magic Kingdom has debuted a new form of entertainment to celebrate the official opening of New Fantasyland. In Storybook Circus, guests are now greeted by the Storybook Circus Giggle Gang.

A circus isn’t complete without clowns and the masters of clowning are now performing daily throughout the streets. The clown crew includes boss clown Chuckles Buffoon McMonkeyshine III and his helpers, Whinny Horselaugh and Snort. Together, they stir up some shenanigans putting their own unique twist on circus clowning traditions.

Also keep an eye out for the Giggle Gang, a silly saxtet, plus Wowzer, a specialty performing clown.

Check out this photo of the Giggle Gang in action earlier today: 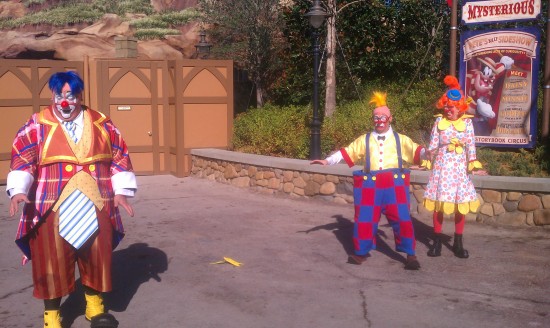