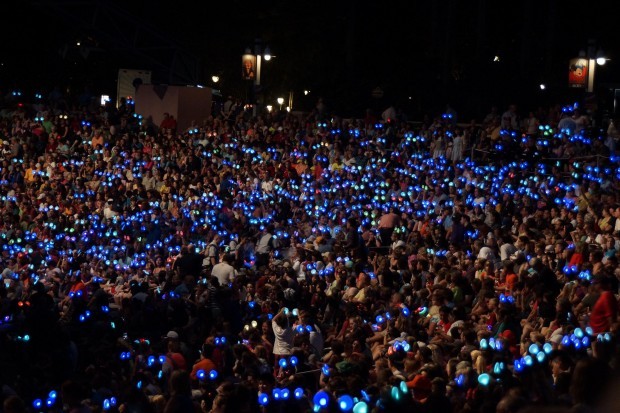 On Tuesday, Oct. 15, Disney’s Glow With The Show ears premiered at Walt Disney World, glowing to the beats of Fantasmic, which celebrated its 15th anniversary at Disney’s Hollywood Studios.

The magical ear hats glow in myriad of colors, commanded with the latest technology to complement the imagery and beat of the show. When not activated by these experiences, more surprises are in store for participants as the magical ears glow with other ears and settings around the Disney World. 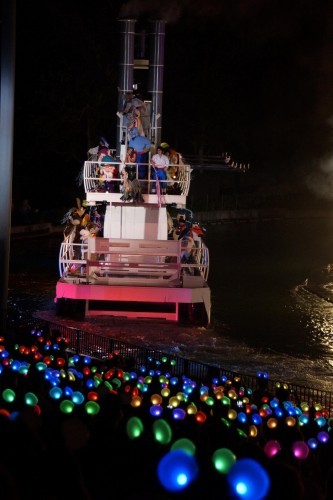 “Technology allows the ear hats to dance and play along with each musical and illuminated sequence. They truly bring the show’s environment out of the lagoon and the sky, and into the audience in an amazing and dazzling new way, making our guests truly Glow With the Show,” said Dara Trujillo, manager of merchandise marketing, communication, synergy and integration, Walt Disney World Resort.

Beginning Oct. 19, guests will be able to experience the Wishes fireworks at Magic Kingdom with the new Glow with the Show ear hats. And during the holiday season, guests can don their hats and “glow” with Spectacle of Dancing Lights at Disney’s Hollywood Studios, and at Holiday Wishes and Celebrate the Magic at Magic Kingdom.

The Glow with the Show ear hats are available for $25 each at select locations throughout Magic Kingdom and Disney’s Hollywood Studios.

Here are some highlights from Fantasmic’s Glow with the Show debut:

UPDATE (10/20/13): Glow With The Show has widened its Walt Disney World presence with its debut during Celebrate The Magic and Wishes at the Magic Kingdom. Below are videos of the first night:

It has also made its debut with the Osborne Spectacle of Dancing Lights: