New details were announced this morning on the expansion that’s currently under construction at Disney’s Coronado Springs Resort at Walt Disney World. 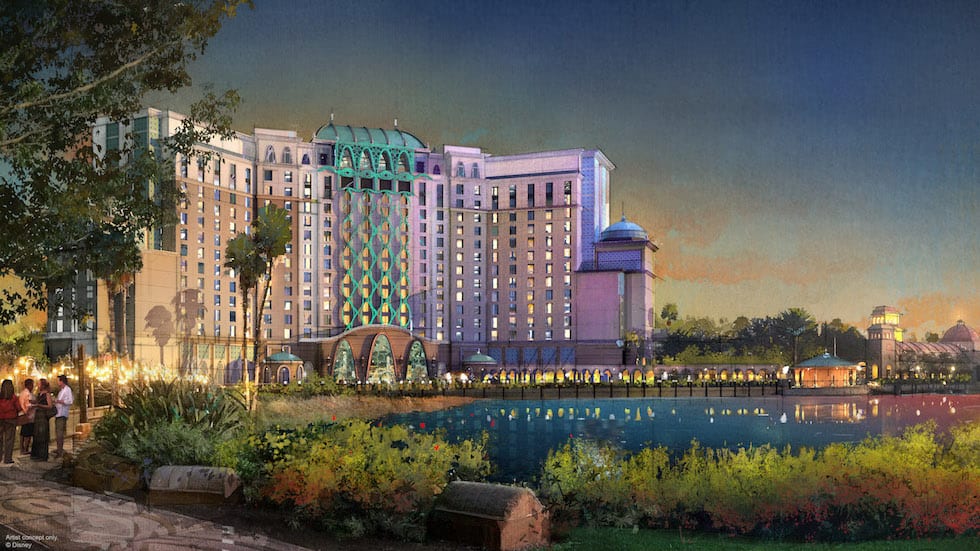 An artist’s rendering of the completed Gran Destino Tower.

UPDATE – 11/21/18: Reservations for stays at the Gran Destino tower will be available to book starting Nov. 27. Those interested can make reservations online, over the phone at (407) W-Disney, or through a travel agent.

During Disney Parks, Experiences and Consumer Products Chairman Bob Chapek’s presentation at IAAPA, he revealed more about the construction, including the name of the new 15-story tower at the resort: the Gran Destino Tower.

This tower, which will reach completion in July 2019, will be the new main entrance point for guests visiting the Disney resort. The tower will add 545 new guest rooms, including 50 suites, and feature a two-story lobby. A themed table-service restaurant is also planned for the Grand Destino Tower.

The re-imagining of Disney’s Coronado Springs Resort celebrates the history and spirit of Spanish explorers, artists, writers, and architects. Guests will find a blend of Spanish influences throughout the resort, as well as the Disney touch. The resort’s existing 1,800+ rooms have been fully updated with new fixtures, furnishings, and lighting.

A second new restaurant is planned to open on an island in the middle of the resort’s 14-acre lake, Lago Dorado, with new walkways spanning across the water.